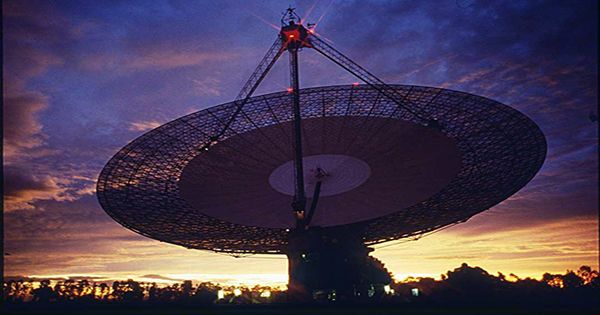 The Breakthrough Listen project, which is part of the Search for Extraterrestrial Intelligence (SETI), received an unexplained signal from the direction of Proxima Centauri in December. Despite the fact that everyone involved emphasised how unlikely it was that the closest star to our Sun would provide our first evidence of alien intelligence, some ventured to hope. Earth-based interference, on the other hand, has become a near-certain explanation after more research.

Apart from the likelihood of sophisticated radio transmissions, there are numerous reasons to investigate Proxima Centauri. The gigantic Murriyang radio telescope in Australia pointed at the star primarily to investigate stellar flares, but it also acquired a plethora of other data in the process. Breakthrough Listen intern Shane Smith discovered something strange at 982 MHz in recordings made in April 2019 in October 2020, and it has given the designation BLC1. Smith and colleagues were still looking into ideas that are more exotic in December after ruling out all the most common causes.

However, two publications published in Nature Astronomy have now revealed the disheartening truth. Not only is there no proof for aliens in our cosmic backyard, but BLC1 was also not the result of a previously unknown natural astronomical phenomena, which would have been a nice bonus. According to the initial study, more than 4 million narrowband signals were detected while Murriyang was oriented at Proxima Centauri and a comparison point in the sky. However, because most of these were recorded in both directions, they were quickly ruled out as the result of local interference. Only one of the remaining 5,160 so-called “events” survived filtering tests that reject readily explained occurrences when pointed at Proxima, but not the comparison point.

“The event does not fall within the frequency range of any known local radiofrequency interference (RFI), and it has numerous properties that are consistent with a hypothetical transmitter in another star system,” the research says. This made it the most promising candidate for alien communication since 1977’s Wow! Signal, although few believed it was the actual deal right away. The second paper backs up the idea that skepticism was a good idea. It details the steps taken to look into possible explanations for BCL1, including looking for similar signals in historical data and following up on Proxima’s observations.

Approximately 60 BLC1 “look-alikes” were discovered in various telescopes in different orientations. In a statement, Dr. Sofia Sheikh of UC Berkeley, lead author of the second paper, said, “The signals are spaced at regular frequency intervals in the data, and these intervals appear to correlate to multiples of frequencies employed by oscillators that are routinely utilized in various electrical devices.” The signal would have remained when Murriyang took data from its reference point if BLC1 had more complex origins than most of its counterparts. Different sources of local radio-frequency interference are considered to have combined to form BLC1, while the exact nature of these sources is unknown.

“This is without a doubt one of the most exciting signals we’ve heard to date,” stated Dr. Andrew Siemion of Breakthrough Listen. “It’s exceedingly unlikely that it’s from a transmitter out at Proxima Centauri,” said the team. Breakthrough Listen drawn to Proxima Centauri in the first place because it is known to possess at least one planet in the habitable zone, which is defined as a region with temperatures suitable for liquid water. Proxima also explodes in powerful flares and coronal mass ejections, which many scientists believe would deplete surrounding planets’ atmospheres and sterilize any life that may arise. The goal of the study was to learn more about these flares and see if there is any possibility for the atmosphere to survive.