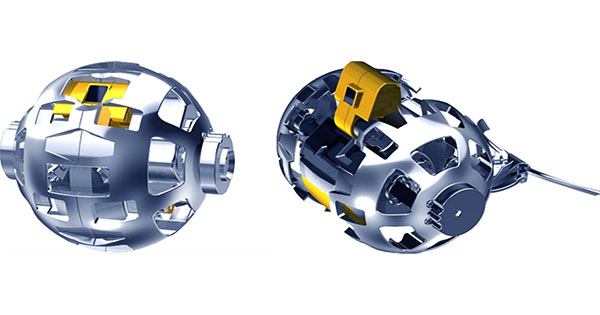 Japan Plans to Put Transformable Robots on the Moon

Science and engineering have long been about ideas from science fiction. It seems that panning a plot and screenplay, usually by critics, is not a barrier to inspiring future technology curricula. The Japanese Space Agency (JACS) has announced plans to place a Transformable Lunar robot on the moon. Sixty years after President Kennedy turned America’s eyes to the moon, the idea of ​​returning has renewed the currency. China has already operated several landers and rovers over the past decade, while India and Israel have faced failures.

Many countries have plans at different stages of development to land robots or humans at the bottom of our satellites. JAXA announced six years ago that they would send a robot probe to the moon, and now has expressed a desire to do more than just land there and take some samples. Instead, they plan to send a near-spherical robot weighing exactly 250 grams (0.5 pounds) to reach its lunar surface. Although it initially looks like a BB-8 from the military, the rover will borrow more from the Transformer series, and in particular, the Dark of the Moon movie is partially set.

After packing across the entire 8 centimeters (3.2 inches) for the ride, the center of the robot will push the casing outwards, creating two wheels connected by a connecting axis. Not quite Optimus Prime, but you have to start somewhere. Player makers Tommy, Sony and Doshisha will collaborate with the university to create the lander. There is no doubt that simpler versions will be available for sale to help reduce mission costs.

The purpose of the mission is to study how the low gravity of the moon and the combination of the dusty surface will affect the movement of crew vehicles around it. The Apollo missions did not really know that the astronauts would trapped in the lunar bogies they were riding around, limiting the distance to some places where they could return if needed. JAXA soon set out to land a crew mission to the moon and hoped for what they said; “Ultra-compact and ultra-lightweight robots” will transmit the data they need to cover a range of 10,000 kilometers (6,000 miles) to protect a compressed rover.