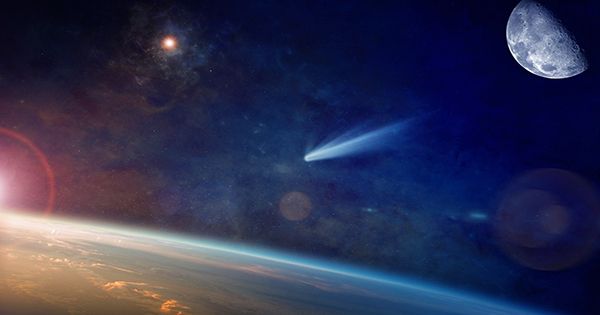 Local and Interstellar Comets have Heavy Metal in their Atmosphere

Two separate teams reported the discovery of some unexpected heavy metals in the comet’s hazy atmosphere. A team from Belgium has discovered the presence of iron and nickel in 20 comets across the solar system, suggesting that the presence of such elements in ice bodies is very common. And not just in the solar system. A second team spotted nickel in the atmosphere of interstellar comet 2i / Borisov.

Both pieces of research have been published in nature (here and here) and have had significant implications for the composition of their planetary system in their formative years. Jean Manfroid from the University of Liège, Belgium, who lead the new study on Solar System comets, said in a statement, “The discovery of iron and nickel atoms in the atmosphere of about 20 of all the comets we’ve seen in the last two decades and even all of the comets away from the sun in a cool place environment was a surprise to us.” Previous observations of heavy metal vapors were confined to warmer environments such as the extreme atmospheres of some extreme that orbit very close to their host star.

Many of the objects in these two studies are far from extreme temperatures. Comet Borisov was twice as far from the Sun as the Earth when he made the observations. “At first we had a hard time believing that nuclear nickel could be present in 2I / Borisov, far away from the sun. It took a lot of testing and checking before us finally understood ourselves,” explained Piotr Guzik, a research author at Jagiellonian University. Poland.

Iron and nickel are thought to be found deep in the nucleus of comets. How they get to the bottom of it and how they are then released into its chaotic environment is not exactly clear, although there are some suggestions are there may be conditions on the comet where the dust grains heat up several hundred degrees. Or, perhaps, these metals bind to other compounds and are then released when these compounds are separated by the harsh ultraviolet light of the sun. The team estimates that about 1 gram of iron and about the same amount of nickel is emitted by a comet per 100 seconds (220 pounds) of water per 100 seconds.

The similarity between the two heavy elements is so striking that it cannot be observed in the sun and in meteorites. “Normally there is 10 times more iron than nickel and in that comet’s atmosphere we found the same amount for both elements. We concluded that they could come from a particular type of material on the surface of the comet’s nucleus Iron and Nickel are leaving,” added Damien Hutsemékers, a member of the Belgian team from Liège University.