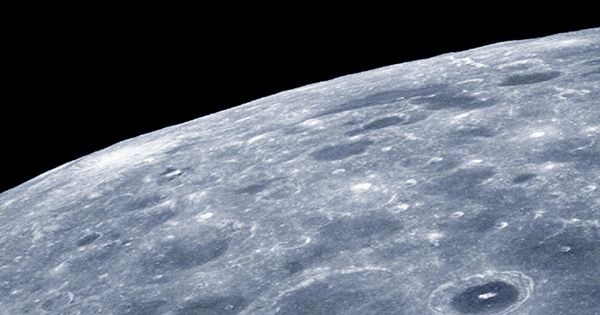 “Of course, ‘young’ is relative,” said co-author and Washington University in St. Luis professor Brad Jolliff in a statement. “All of Apollo’s volcanic rocks dated back more than 3 billion years.” Furthermore, all of the youthful impact craters whose ages have been determined by sample analysis are less than 1 billion years old. As a result, the Change-5 samples fill a crucial void.”

It is critical to have such proof for a variety of reasons. First, samples from a hitherto unknown period in lunar history can now be studied. Scientists will have a better understanding of the moon basalt’s composition. According to the study, there was no evidence of substantial concentrations of heat-producing radioactive materials in the mantle, which was thought to be the origin of the eruption that brought this material to the surface. To answer this puzzle, additional explanations will be required.

The Moon was utilized to estimate the chronology of numerous other bodies in the Solar System, which is the second key component of this research. We can better estimate the ages of Mars, Mercury, and many other moons and minor planets if we know the ages of terrains on the Moon. “Planetary scientists know that the older a surface is, the more craters it has; the younger the surface, the fewer craters it has. Jolliff remarked, “That’s a nice relative determination.” “However, in order to place absolute age dates on that, samples from those surfaces are required.”

Jolliff noted, “The Apollo samples provided us with a number of surfaces that we were able to date and match with crater density.” “This cratering chronology has been extended to other planets, such as Mercury and Mars, to indicate that surfaces with a specific density of craters have a specific age.”

“We got a pretty exact age in our study,” Jolliff said, “just around 2 billion years, plus or minus 50 million years.” “It’s a fantastic result. That is a precise calculation in terms of planetary time. And that’s sufficient to distinguish between the various chronologies formulations.”