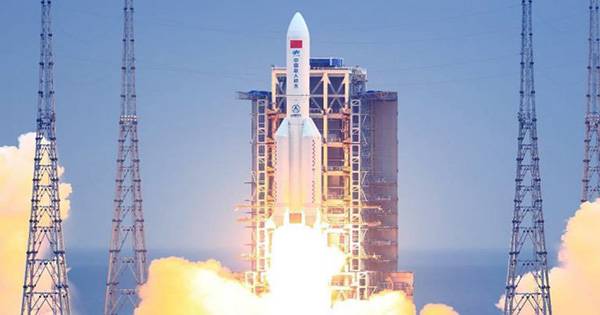 The polar cusp is an area above the Earth that exists at noon local time over the Arctic and Antarctic circles. It is a mystery zone formed by a void in our planet’s magnetic field when solar plasma collides with our atmosphere. It is also where spaceships mysteriously slow down 400 kilometers (250 miles) above the ground.

Our planet’s atmosphere is quite tenuous up there, but it is not a complete vacuum. There are things that slow spaceships down. At the same height, there is 1.5 times more in the polar cusp anywhere else on the earth. With the Cusp Region Experiment-2 or CREX-2, sounding rocket mission, NASA hopes to learn more about what is occurring on there.

“Spacecraft sense higher drag at roughly 250 miles above Earth, sort of like they’ve struck a speed bump,” said Dr. Mark Conde, a physicist at the University of Alaska Fairbanks and the CREX-2 main investigator, in a release. “Because the air near the cusp is considerably heavier than the air everywhere in the spacecraft’s orbits around Earth, this is the case. But no one understands why or how it happened.” “You can’t merely boost a region’s mass by a factor of 1.5 and leave it at that; otherwise, the sky would fall.”

The rocket will investigate the electrical and magnetic effects of the interaction between charged particles from the Sun and the upper atmosphere in order to figure out how the excess mass remains there. It will also monitor wind behavior, which might assist a variety of situations.

The rocket will fire 20 soda can-sized canisters, each with its own rocket motor. They will take off in various directions and discharge vapor tracers at various altitudes, these same particles that are used in fireworks. They will glow because of exposure to oxygen and sunshine and will generate luminous clouds when spread by the wind. The scientists will be able to see what is going on inside the cusp because of this.

In theory, at least, to make the experiment work, you will need favorable weather to launch the rocket, as well as the ability to watch clouds from the correct positions at the proper times, as there can never be too much light.

Students will deploy around Scandinavia, in the Svalbard Islands, and even on an aircraft from Reykjavik, Iceland, during the winter months. There was not a single suitable launch day in the whole 17-day launch window in 2019. The launch period begins on December 1st. CREX-2 will launch from Andenes, Norway, if all goes well, and will finally deliver answers to what’s going on at the strange polar cusp.