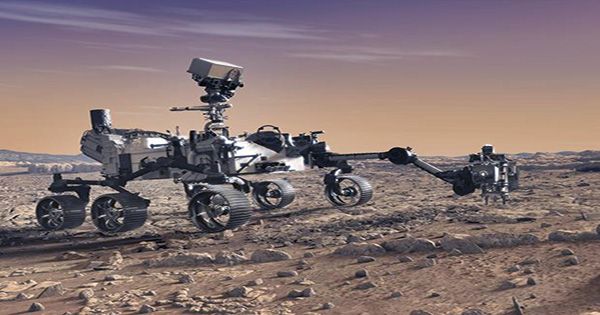 The Curiosity rover from NASA has identified organic chemicals on Mars that have never been seen before, demonstrating that the Red Planet possesses complicated chemistry. Organic molecules are associated with life, yet they are not proof of life because other processes can form them. The researchers studied the composition of and gathered by the rover using the rover’s wet chemistry experiments, which are part of the Sample Analysis at Mars (SAM) instrument, as published in Nature Astronomy. The instrument’s purpose is to find organic substances like amino acids, which are the building blocks of life.

Amino acids were not identified in this study, although ammonia and benzoic acid were. Benzoic acid is found in a variety of plants and berries and was originally mentioned in 1556 by Nostradamus (prophesies fame). We now have proof that it can also be found on Mars. The experiment was carried out in December 2017 using a sample taken from the Bagnold Dunes months before. Drilled samples were initially intended for the SAM analysis. Because the experiment only contains nine cups of solvent to conduct the wet chemistry experiments, they are incredibly valuable. Curiosity’s drill has been malfunctioning for some time, so the scientists decided to utilize sand samples instead.

“The Bagnold Dunes had been investigated with the complete set of sensors aboard Curiosity for several months, “In the study, the team stated.”The weathered dune sample had been subjected to ionizing radiation, so is not expected to be particularly rich in well-preserved ancient organic compounds.

It did, however, allow not just a test of the derivatization technique on Mars’ surface, but also a search for organic compounds in the sample and a survey of those that may have been created by instrument reactions.”

Because the sand has been exposed to the elements for millions of years, it is not anticipated to be rich in organic compounds — so discovering any is nevertheless fascinating. As Curiosity investigated Mount Sharp inside Gale Crater, the effort establishes a critical foundation for future work with SAM on sample analysis that has already been completed or on wet chemistry studies that have yet to be completed. The work is also vital for a non-NASA rover in the future. The European Space Agency and Russian Roscomsos’ Rosalind Franklin rover, which will launch next year, will carry the Mars Organic Molecule Analyzer (MOMA) instrument. It will allow even complex wet chemistry on Mars.