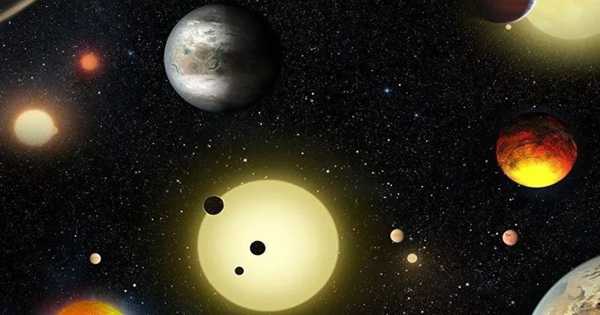 Astronomers have discovered a new class of exoplanets that are very different from our own but could support life, potentially speeding up the search for life beyond our Solar System. Astronomers have mostly looked for planets with similar sizes, masses, temperatures, and atmospheric compositions to Earth in their search for extraterrestrial life. Astronomers from the University of Cambridge, on the other hand, believe there are more promising possibilities out there.

The researchers discovered a new class of habitable planets known as ‘Hycean’ planets, which are hot, ocean-covered worlds with hydrogen-rich atmospheres that are more numerous and visible than Earth-like planets.

The findings, published in The Astrophysical Journal, could mean that finding biosignatures of life outside our Solar System within the next two or three years is a real possibility, according to the researchers. “Hycean planets open up a whole new avenue in our search for life elsewhere,” said lead researcher Dr. Nikku Madhusudhan of Cambridge’s Institute of Astronomy.

A new class of exoplanet very different to our own, but which could support life, has been identified by astronomers, which could greatly accelerate the search for life outside our Solar System.

Many of the prime Hycean candidates identified by the researchers are larger and hotter than Earth, but they still have the characteristics to host large oceans capable of supporting microbial life similar to that found in some of the Earth’s most extreme aquatic environments.

In addition, compared to Earth-like planets, these planets have a much larger habitable zone or ‘Goldilocks zone.’ This means that they could still support life despite being outside the range where a planet like Earth would need to be in order to be habitable.

Since the first exoplanet was discovered nearly 30 years ago, thousands of planets outside our Solar System have been discovered. The vast majority are planets between the sizes of Earth and Neptune, and are known as ‘super-Earths’ or ‘mini-Neptunes’: they can be predominantly rocky or ice giants with hydrogen-rich atmospheres, or something in between.

The majority of mini-Neptunes are more than 1.6 times the size of Earth: smaller than Neptune but too large to have rocky interiors like Earth. Previous research on such planets discovered that the pressure and temperature beneath their hydrogen-rich atmospheres are too high to support life.

However, a recent study on the mini-Neptune K2-18b by Madhusudhan’s team discovered that these planets could support life under certain conditions. As a result, a thorough investigation into the full range of planetary and stellar properties for which these conditions are possible, which known exoplanets may satisfy those conditions, and whether their biosignatures are observable, was conducted.

The investigation led to the discovery of a new class of planets known as Hycean planets, which have massive planet-wide oceans beneath hydrogen-rich atmospheres. Hycean planets can be up to 2.6 times the size of Earth and have atmospheric temperatures as high as nearly 200 degrees Celsius, but their oceanic conditions may be similar to those that support microbial life in Earth’s oceans. Tidally locked ‘dark’ Hycean worlds that may have habitable conditions only on their permanent night sides, as well as ‘cold’ Hycean worlds that receive little radiation from their stars, are examples of such planets.

Planets of this size dominate the known exoplanet population, despite the fact that they have not been studied as thoroughly as super-Earths. Because hycean worlds are likely quite common, the most promising places to look for life elsewhere in the Galaxy may have been right in front of us.

However, size alone is insufficient to determine whether a planet is Hycean; other factors such as mass, temperature, and atmospheric properties must also be considered. When attempting to determine the conditions on a planet many light-years away, astronomers must first determine whether the planet is in the habitable zone of its star, and then search for molecular signatures to infer the planet’s atmospheric and internal structure, which govern surface conditions, the presence of oceans, and the potential for life.

Astronomers also look for biosignatures, which could indicate the presence of life. Most commonly, these are oxygen, ozone, methane, and nitrous oxide, all of which are present on Earth. Other biomarkers, such as methyl chloride and dimethyl sulphide, are less abundant on Earth but can be promising indicators of life on planets with hydrogen-rich atmospheres where oxygen or ozone may not be as abundant.

“Essentially, when looking for these various molecular signatures, we’ve been focusing on planets similar to Earth, which is a reasonable place to start,” Madhusudhan explained. “However, we believe that Hycean planets have a better chance of detecting several trace biosignatures.”

“It’s exciting that habitable conditions could exist on planets so different from Earth,” said Cambridge co-author Anjali Piette. Madhusudhan and his colleagues discovered that in the near future, a number of trace terrestrial biomarkers expected to be present in Hycean atmospheres would be easily detectable using spectroscopic observations. Hycean planets’ atmospheric signatures are much more detectable than those of Earth-like planets due to their larger sizes, higher temperatures, and hydrogen-rich atmospheres.

The Cambridge team identified a sizable sample of potential Hycean worlds that are ideal candidates for detailed study with next-generation telescopes like the James Webb Space Telescope (JWST), which is scheduled to launch later this year. These planets all orbit red dwarf stars that are 35-150 light-years away, which is relatively close by astronomical standards. JWST observations of the most promising candidate, K2-18b, are planned and could result in the detection of one or more biosignature molecules.

“Detecting biosignature would transform our understanding of life in the universe,” Madhusudhan said. “We need to be honest about where we expect to find life and what form that life might take because nature continues to surprise us in often unexpected ways.”