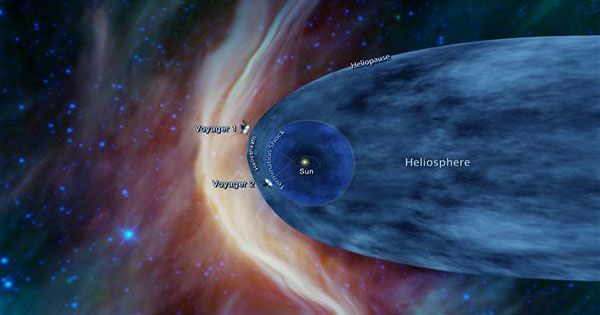 A novel approach for dealing with the prospect of a huge asteroid causing major damage to Earth recommends splitting it apart piece by piece. The idea’s proponents argue that it is better adapted to late discoveries than earlier techniques and that it will give the world a beautiful sky display to celebrate saved. Another asteroid large enough to cause serious damage will undoubtedly strike the Earth eventually. Although our thoughts automatically turn to dinosaur-killing disasters, the more likely threat is one that is smaller but nonetheless capable of killing millions of people.

Many solutions exist, but most of them need a significant amount of planning. “A viable and effective approach of planetary defense that allows for incredibly short mitigation time scales,” says members of the University of California Santa Barbara Experimental Cosmology Group. It also does not necessitate the development of advanced new technology, such as lasers capable of zapping space rocks into oblivion. Although the concept has been submitted to Advances in Space Research, it is now only available on the UCSB website.

Professors Philip Lubin and Alexander Cohen propose laying a minefield in the route of an approaching object, filled with “penetrator rods” measuring 10-30 centimeters (4-12 inches) broad and 2-3 meters (6-10 feet) long. Some of the rods would be dynamite-filled. According to the couple, the asteroid’s explosives and the speed with which it will strike these rods will cause it to shatter. The mass on its way to collide with us will not alter, but it will not collide with us all at once. Instead, we will get a sequence of little objects that will explode when they collide with the atmosphere.

The asteroid fragments will arrive as objects the size of a home or smaller, which may be terrifying to those who are unprepared but will cause minimal damage. “You’ve eventually minimized the threat if you can decrease the huge events, which are harmful, into a collection of small events, which are harmless,” Cohen said in a statement.

The Hollywood-approved plan to detonate nuclear bombs on an asteroid achieves a similar purpose, but it is fraught with dangers. The majority of known suggestions try to alter the asteroid’s orbit far enough away from the Earth that it passes safely by. All of these work slowly, which necessitates knowing the threat’s orbit sketched out ahead of time. “Rely on getting an asset to deflect the threat all the way out to the asteroid well before it gets close to the Earth,” Lubin continued. Because of the deflection, we now have a massive object speeding about the inner Solar System, which will most likely become a threat again in the future.

The rods should instead sit in orbit, waiting to release in the direction of an incoming thread, according to the authors. Lubin calculates in a thorough technical report that if they produce a 1 meter/second internal disturbance to the asteroid, they might shrink a 50-meter (164-foot) broad asteroid – such as the one that triggered the Tunguska explosion – to a safe size five hours before impact. It would take a day to make something twice that big. At 370 meters (1,214 feet); Broad Apophasis is one of the most dangerous dangers to Earth, releasing enough energy to destroy every nuclear weapon on the planet — yet if intercepted 10 days ahead of time, it would be rendered harmless.

Lubin likened a penetrator array to a field of vaccine needles around the globe. They would be ready for any threat after they had established, including a long-period comet, for which warning will always be limited. Small bits may still reach the earth, according to the authors, but someone would have to be unfortunate to have one fall through their roof.