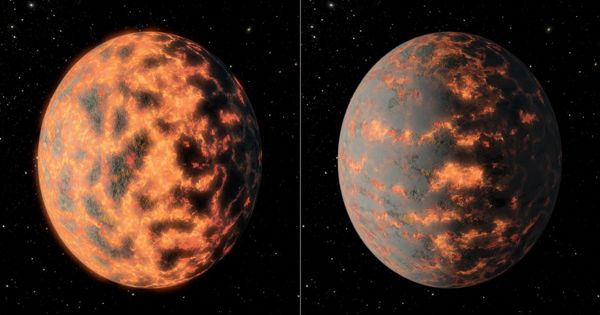 R Cancri is a Mira variable in the Cancer constellation. It is a star of the Variable Star type. It is approximately 250 parsecs (830 ly) away and varies between magnitudes 6.07 and 12.3 over a period of 357 days. According to the spectral type recorded in the Hipparcos star catalogue, it is an M6E-M9E variable star.

R Cancri is not part of the Cancer constellation outline, but it is within its boundaries. The star cannot be seen with the naked eye and must be viewed through a telescope.

Absolute Magnitude is the apparent magnitude of a star as seen from a distance of 10 parsecs (32.6 light-years). This assumes that there are no obstacles between the object and the observer, such as dust clouds. To truly compare the brightness of a star, use Absolute Magnitude rather than Apparent Magnitude.

The magnitude of a star, whether apparent/visual or absolute magnitude, is measured by a number; the lower the number, the brighter the star. Because our Sun is the brightest star, it has the lowest magnitude, -26.74. The number of a faint star will be large.

Radial velocity (RV), microlensing, and transit surveys have revealed the existence of a large population of planets with masses ranging from a few to 20 Earth masses in our Galaxy. These planets are classified as “super-Earths” (Mp 10M) and “Neptunes” (Mp > 10M) based on their mass. This classification is based on the theoretical limit for gravitational capture of H/He, 10 M, and thus implicitly assumes that Neptunes are primarily ice giants with a significant H/He envelope and that the majority of super-Earths are massive terrestrial planets. Nonetheless, due to the stochastic nature of the planetary formation, the diversity of this planetary population is likely much greater than sketched by this simple division.

The 55 CNC system, which orbits a bright, nearby star, provides a unique opportunity to study a multiplanet system with a wide range of planetary masses and orbital distances. We measured the rotation of the host star and its solar-like magnetic cycle using data from photometry and spectroscopy collected over two decades.