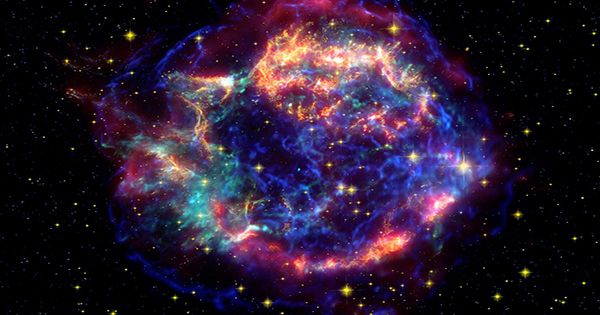 The role of periodic tables often claims that naturally occurring elements only go as far as uranium. Everything outside of go must have been man-made, the story goes. Atoms of plutonium-244 found in rocks formed millions of years ago prove that this is not true, but we are still not sure what caused the natural phenomenon. Supernova explosions produce many heavier elements, possibly involving individuals with more protons than uranium.

However, since all isotopes of these “transuranic” elements are radioactive, shorter – compared to Earth’s age – half-life, the amount of solar system formed 4.5 million years ago from clouds is long after decay. So when Anton Wallner, a professor at the Australian National University, saw plutonium-244 atoms in rocks collected from 1,500 meters (4,920 feet) below the Pacific Ocean, he knew they must have arrived on Earth.

Plutonium has been found in combination with the Iron-60 isotope. In contrast to Iron-56 we encounter every day, Iron-60 is radioactive, with a half-life of 2.6 million years. The presence of Iron-60 has been used in the past as an indicator of supernova activity near Earth. However, the journal Science Wallner reports that the plutonium atom has added a new layer to it.

Wallner said in a statement, “The story is complicated – perhaps this plutonium-244 was produced in a supernova explosion, or it may have been left much older, but more spectacular events, such as the neutron star explosion.” In sediments deposited over the last 10 million years, Wallner found two pulses of Iron-60 about 6.3 million years ago and two and a half million years ago. The latter is more times than Iron 60-. The quality was high but both were with the presence of plutonium atoms outside of which could be responsible for contamination from nuclear tests. About 80 percent of the old vibrations should have been iron loss, because younger rocks were formed, about half for the younger ones. Plutonium-244 has a long half-life of 60. Years Millions of years – so only a small proportion can decay.