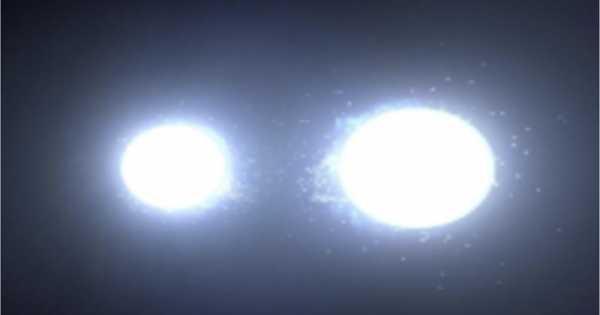 Spica – a Brightest Star in the Constellation Virgo

Spica is the brightest star in the constellation Virgo and a blue main-sequence star. It is more than seven times the size of the Sun. It is a bright binary star that can be seen in the northern constellation of Virgo. It is visible not only because of its size but also because of its proximity to Earth: it is about 260 light-years away.

Spica is a binary system that appears to the naked eye as a single point of light. However, one star is much brighter than the other. The star system is also a massive source of X-rays, which provided a new perspective on Spica when X-ray astronomy became popular in the 1960s.

The Earth is 93.3 million miles (150 million kilometers) from the sun, or one astronomical unit (AU). Spica’s two stars are only.12 AU apart, a fraction of the Earth-Sun distance. As a result, even with a telescope, the two stars in the Spica system are indistinguishable from a single point of light. Only by analyzing its light with a spectroscope, an instrument that divides light into its component colors was the dual nature of this star revealed.

Spica is a little difficult to find, so astronomers sometimes use other stars to help them find it. Spica is a binary star, but it wasn’t obvious until the invention of the telescope. The two stars orbit each other at only 12% of the distance between Earth and the sun.

Spica’s two stars are so close and orbit each other so quickly that their mutual gravity distorts each star into an egg shape. The pointed ends of these egg-shaped stars are thought to face each other as they whirl around.

The stars are both dwarfs that are nearing the end of their lives. Spica is regarded as one of the brightest first-magnitude stars. The hottest of the two is 22,400 degrees Kelvin (about 40,000 F or 22,000 C). In comparison to the sun’s 5,800 Kelvin, this is scorching (about 10,000 F or 5,500 C). This star may one day erupt as a supernova. The light from Spica’s two stars combined is more than 2,200 times brighter than the light from our sun. Their diameters are estimated to be 7.8 and 4 times that of our sun, respectively.

Spica is best seen in the evening from northern spring to late northern summer when it arcs across the southern sky. Spica can be found in the southeast in the early evening during the month of May, as seen from the Northern Hemisphere. Spica is closer to the equator from the Southern Hemisphere. Spica appears to move westward from all of Earth in May as night falls. Spica rises earlier and earlier each evening until, by the end of August, Spica can be seen only briefly in the west to west-southwest sky as darkness falls.