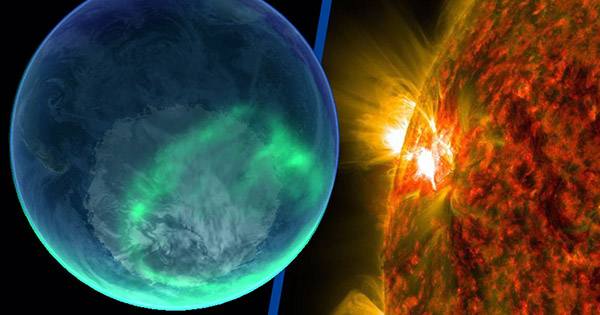 Just in time for the fireworks on July 4th, the sun exploded with the largest solar flame seen since 2017, surprising scientists and even causing a brief radio blackout on Earth. It looks like the sun is waking up from its slumber. On July 3, NASA’s Solar Dynamics Observatory captured the significant solar flame, which appeared at 10:29 a.m. EDT from a sunspot called AR2838 and quickly disappeared.

It discovered the first X-class solar flame of the solar cycle 25, which means our sun, started waking up from its solitary time. An X-class flare is the most powerful type of solar flame responsible for the most intense geomagnetic storms and radio blackouts. Our sun has a natural 11-year activity cycle, measured from the lowest (minimum activity) to the highest (including the most active, sunspots, flames and storms) and up to the lowest. The 25th solar cycle began on December 25, 2019 after a reliable record of solar activity began – so we are moving towards solar max.

We won’t be able to reach maximum activity until 2025, so scientists were a bit surprised to see the X-Class flame. Solar flames are massive explosions that spread to the sunspots on the surface of the sun and send powerful explosions of radiation. The energy they emit is the equivalent of millions of atomic bombs exploding at the same time. The X-class is the strongest class of learning, and the following number provides information about its strength.

X2 is twice as powerful as X1. This flame is classified as X 1.5-class flame. The last X-Class flame was in September 2017 and it was classified as X8.2. Fortunately, harmful radiation from flames can pass through the Earth’s atmosphere and not reach humans – however, if strong enough they could affect human technology in the Earth’s atmosphere, such as GPS and communications satellites, as well as astronauts from the International Space Station, including the Earth’s power grid. The U.S. Space Weather Prediction Center (SWPC), which monitors solar activity that causes space, weathers to flash and solar storms, reported a brief R3 blackout over the Atlantic on July 3rd.