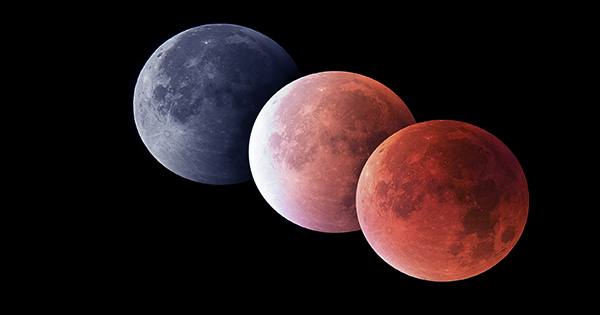 The Longest Partial Lunar Eclipse in 600 Years Is Happening This Week. Here’s How to Watch

The Sun, Earth, and Moon will nearly perfectly align this week, resulting in a partial lunar eclipse when Earth’s shadow falls on the Moon. It won’t be as spectacular as a total eclipse, but it will be the longest partial eclipse in 580 years, and it won’t happen again another 648 years. The partial eclipse will peak at 4:03 a.m. ET on November 18-19, when 97 percent of the Moon will covered.

Anyone in North and South America, Australia, the Pacific area, and portions of Europe and eastern Asia will be able to see the eclipse for three hours on either side. With only a sliver of Moon visible reflecting the Sun’s light, the remainder of the Moon will seem a reddy-brown, as if it were a total lunar eclipse.

The umbral eclipse will last 3 hours and 28 minutes in this scenario, making it the longest of the century, while the penumbral eclipse, which occurs when the Moon passes through both the inner and outer regions of the Earth’s shadow, will span a whopping 6 hours and 1 minute.

This will be the longest partial lunar eclipse since February 18, 1440, about the time Machu Picchu was built, and the next one will not be until February 8, 2669, so you will not be able to tell your grandchildren you saw it, but you will know. Fortunately, seeing a lunar eclipse does not necessitate the use of specialized equipment. If you wish to use a telescope or binoculars, it is completely safe to gaze at without any protective glasses or filters, unlike a solar eclipse.

Time and Date will be able to tell you the precise times of the umbral and penumbral eclipses based on your location, as it always does. If the sky is too hazy or you do not want to sit outside in the cold, the Virtual Telescope Project, Time, and Date will live broadcast it.