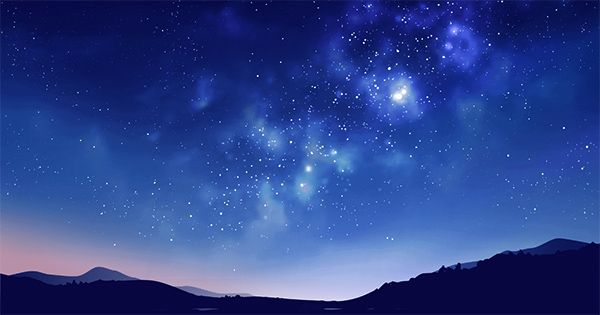 A stunning cluster of stars known as the Pleiades, or “seven sisters,” may see in the northern sky around December. If you look closely, you will probably see six stars. So what makes us think there are seven of them? Many civilizations regard the Pleiades as “seven sisters,” and tell legends about them that are strikingly similar. We believe these stories date back 100,000 years, to a time when the constellation looked significantly different, after meticulously analyzing the motion of the stars.

The Pleiades were the seven daughters of the Titan Atlas in Greek mythology. He was powerless to defend his daughters since he was obliged to hold up the sky for all eternity. Zeus changed the sisters into stars to rescue them from raped by the hunter Orion. However, according to the tale, one sister fell in love with a mortal and fled into hiding, which is why only six stars are visible.

The constellation of Orion, sometimes known as “the saucepan” in Australia, is close to the Seven Sisters in the sky. Orion is a hunter in Greek mythology. In Aboriginal beliefs, this constellation can also represent a hunter or a bunch of lusty young males.

People in central Australia, according to writer and anthropologist Daisy Bates, saw Orion as a “hunter of women,” notably the women of the Pleiades. According to many Aboriginal traditions, the boys, or men, in Orion are following the seven sisters — but one of the sisters has died, or is hiding, or is too young, or has been taken, so only six sisters are visible.

European, African, Asian, Indonesian, Native American, and Aboriginal Australian civilizations all have myths about the “lost Pleiad.” Many civilizations believe there are seven stars in the cluster, but only six are generally visible and have a narrative to explain why the seventh is hidden.

Why are the Aboriginal stories in Australia so similar to those in Greece? Anthropologists used to believe that Europeans transported the Greek narrative to Australia, where Aboriginal people altered it for their own reasons. The Aboriginal stories, on the other hand, appear to be considerably older than European encounter. For at least 50,000 years, most Australian Aboriginal tribes had minimal touch with the rest of the globe. So, why do they keep telling the same stories?

In work to publish by Springer early next year in a book titled Advancing Cultural Astronomy, Barnaby Norris and I propose a response, which is accessible as a preprint online. All contemporary humans are descended from Africans who lived before 100,000 years ago when they began their epic migrations to the distant corners of the planet. Could the seven sisters’ tales be centuries old? Did all people migrate to Australia, Europe, and Asia with these stories in their heads?

The stars of the Pleiades are slowly migrating in the sky, according to observations taken with the Gaia satellite telescope and others. Pleione, one of the stars, is now so near to Atlas that it seems to be a single star to the naked eye. However, if we use what we know about the migration of the stars and go back 100,000 years, Pleione would have been closer to Atlas and visible to the human eye. Most humans would have seen seven stars in the cluster 100,000 years ago.

We believe that the migration of the stars helps explain two puzzles: the consistency of Greek and Aboriginal traditions about these stars, and the fact that the cluster is referred to as “seven sisters” by various civilizations, despite the fact that we only see six stars today. Is it feasible that the traditions of the Seven Sisters and Orion are so old that our ancestors told them to each other over campfires 100,000 years ago in Africa? Could this be the world’s oldest story?