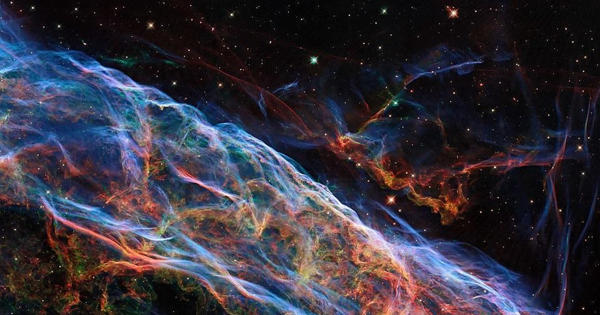 The unexpected discovery of yellowballs by citizen scientists in 2011 and 2012 is challenging astronomers’ assumptions about the formation of stars and star clusters. It provides scientists with a new window into the formation and evolution of young stars. According to Planetary Science Institute Senior Scientist Grace Wolf-Chase, a chance discovery by citizen scientists has provided a unique new window into the diverse environments that produce stars and star clusters, revealing the presence of “stellar nurseries” before infant stars emerge from their birth clouds.

Stars form in space from clouds of gas and dust. Yellowballs are thought to be clusters of still-forming young stars that heat the gas and dust in their surroundings. Yellowballs were discovered in 2011 and 2012 by citizen scientists participating in the Zooniverse-based Milky Way Project. These regions do not appear yellow to the naked eye; they are only visible in the infrared region of the electromagnetic spectrum. On April 12, 2021, astronomers announced that yellowballs are assisting them in understanding the diverse cosmic environments that form stars and star clusters very early in their development, when the stars are only about 100,000 years into their billion-year lifespans.

A serendipitous discovery by citizen scientists has provided a unique new window into the diverse environments that produce stars and star clusters.

“Yellowballs are small compact features that were identified in infrared images acquired by the Spitzer Space Telescope during online discussions on the Milky Way Project, an initiative on the online citizen science platform zooniverse.org that asked citizen scientists to help identify features associated with young, massive stars greater than 10 solar masses,” said Wolf-Chase, lead author of “Thoughts on the Milky Way Project.” “Early research suggested that young stars produce yellowballs as they heat the surrounding gas and dust from which they were born.”

The yellowballs discovered by citizen scientists shed infrared light on star clusters at a very early stage of development, when they are only a few hundred thousand years old. “This is the point at which their presence becomes apparent, but they remain encased in their dusty birth cocoons,” Wolf-Chase explained. “This enables us to connect the properties of stars with their birth environments, as if a human were giving birth to a hundred or so infants all at once.”

According to the findings, forming star clusters (protoclusters) of essentially all masses go through a yellowball stage. Some of these protoclusters will form massive stars with masses greater than 10 solar masses, and their environments will be sculpted into “bubbles” by strong stellar winds and harsh ultraviolet radiation, while others will not. Bubbles can grow to be tens of light years across in a million years.

“We also demonstrated that we can derive information about the masses and ages of developing star clusters solely from the infrared ‘colors’ of yellowballs, without the need for other extensive observations like spectroscopy,” Wolf-Chase said. “This is significant because observing time is limited, and if we can tell a lot about thousands of these objects from a few, relatively simple observations, it saves us a lot of time and helps us identify particularly interesting yellowballs for future higher-resolution observations.”

Citizen scientists used the Milky Way Project’s discussion board to tag small, roundish objects that appear “yellow” in the representative color infrared images while searching for “bubbles” in the project. “At first, scientists thought these were very young versions of the bubbles, and we included identifying yellowballs as a primary goal in a version of the Milky Way Project that was launched in 2016,” Wolf-Chase explained. “As a result, 6,176 yellowballs were identified across more than one-third of the Milky Way.” Their distinctive ‘yellow’ appearance relates to wavelengths that trace complex organic molecules and dust as they are warmed by very young stars embedded in their birth clouds.”

“Our paper analyzes a subset of 516 yellowballs and finds that only about 20% of these objects will form the bubbles associated with massive stars, while about 80% of these objects pinpoint the location of regions forming less massive stars,” Wolf-Chase said. “This work demonstrates the tremendous value of citizen science in expanding our understanding of star formation.”

Citizen scientists’ unexpected discovery of yellowballs – clusters of young stars surrounded by dust and gas – is shaking up astronomy and providing scientists with a new window into the birth and evolution of young stars.