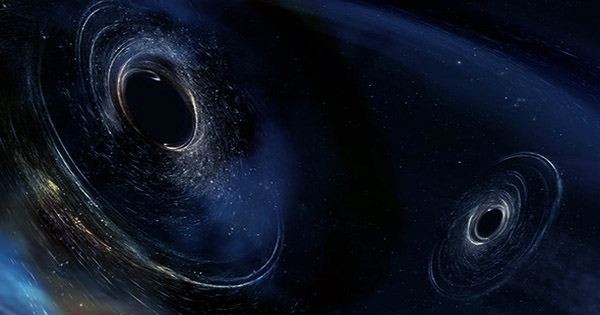 According to a report published in the monthly notice of the Royal Astronomical Society, if you consider the total mass budget of black holes in the visible universe, about 10 percent of black holes will revolve. And the number seems to have been much higher in the past. The supermassive black hole at the center of the galaxy weighs billions of times the mass of our Sun. Their giant bulk puts them quite firmly in the center of their host galaxy.

You have something quite powerful to move them away. And it usually collides with other galaxies. When this type of collision occurs, the black holes in each galaxy may come together individually, or be pushed around to move through its galaxy. There are many unknowns in this process and the team uses ROMULUS simulations to figure out what will happen when supermassive black holes kick in.

Computer models suggest that for some black holes, wandering around galaxies becomes their way of life, and even after a billion years, they remain isolated from the original. It also shows that there were many more orbiting black holes in previous eras of the universe. When the universe was small, there were many more galaxy collisions. Our own Milky Way is known for eating some of its smaller neighbors.

Other galaxies have had much more dramatic collisions, and the team estimates those two billion years after the Big Bang, vagrants were a larger population. They contained most of the black hole mass in the universe. Romulus not only gave an estimate of the size of such black holes, but the team was also actually able to find different ways to identify these black holes.

Black holes are “black” in nature because no light emanates from them, so we can only see them indirectly with light and with direct gravitational waves. If these black holes actively feed on interstellar gas or separate a star, they will emit light. Such a bright signature, not coming from the center of a galaxy, would make them stand out as a crushed black hole.