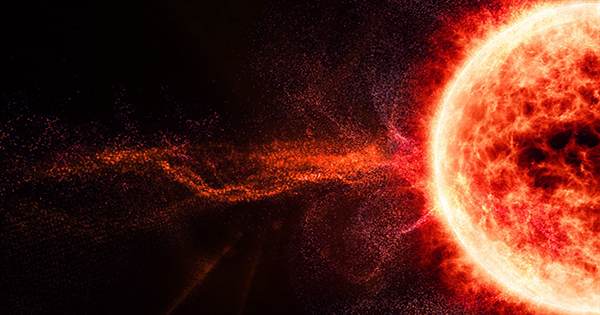 The European Space Agency and NASA’s Solar Orbiter have not yet begun their proper scientific missions, but as it switches around the sun, it continues to use its instruments to test some. As it happened, they captured some striking examples of Coronal Mass Ejections (CMEs). These CMEs often emit large amounts of plasma from the solar corona after solar flares. These affect the climate of places across the solar system and can cause geomagnetic storms.

On February 10, 2021, the spacecraft was closest to the Sun, about half the distance from Earth and our star, a great opportunity to check out some more science on instruments. Extreme Ultraviolet Imager (EUI), Heliospheric Imager (SoloHI) and Metis Chronograph were used to monitor the Sun and took different directions from one or two CMEs released on that particular day.

Robin Colaninno, principal investigator for SoloHI at the US Naval Research Laboratory in Washington, D.C., said in a statement, “We’ve realized in the last 25 years that a lot has happened at CME between the Sun and the Earth’s surface.” “So we hope to get a better resolution image of all these currents as we get closer to the sun.” These CMEs were also seen from other spacecraft distributed around the Sun, giving scientists a multidimensional view of the phenomenon.

Observations are actually indicating the size of things to come when the science mission is fully launched later this year. The EUIO captured a spectacular CME last November, again highlighting just how powerful the spacecraft will be. Researchers have already found two coronal mass emissions from the spacecraft’s data while the probe is further away from the sun.

But then scientists noticed that two coronal mass emissions were detected shortly after the three instruments of the solar orbiter approached, according to an ESA statement. These were first demonstrated by the Solar Orbit Heliospheric Imager (SOLHI), which depicts the flow of matter scattered outside the Sun.The device was collecting data only as an opportunity, while SoloHI was monitoring with only one of its four detectors, and according to a NASA statement, only 15% of the time it would collect data during the main mission. The instruments were able to capture a stunning view of one of the coronal mass discharges on 12 February and 13 February. Each of the three instruments in the solar orbiter is focused on a different region, so their point of view extends from the visible surface of the sun, according to the ESA; the sun itself is 20 times wider.