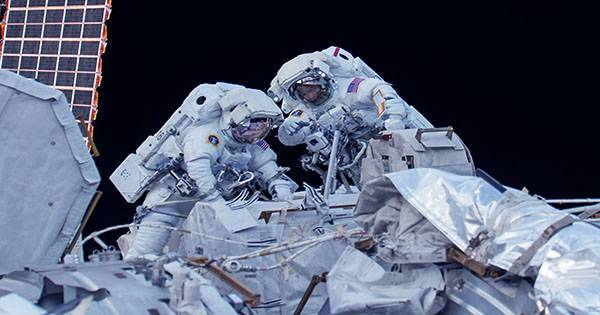 What it Looks like to Whizz through Earth’s Atmosphere, as Shown by an Astronaut

Many people envisage being in space as tranquil and quiet, looking back on Earth in all its glory (when they can’t see the mess we’ve made of it up close). Many people overlook the fact that getting there and back requires hurling oneself into flames. For his “Landaversary,” retired astronaut Jack Fischer released some videos on Twitter of what it’s like zipping through Earth’s atmosphere, reminding folks how bumpy the journey can be.

“4 years ago today, I was given a lift back to Earth by the Soyuz. Some astronauts equate it to a series of automobile accidents, and I wouldn’t argue with them “On September 3, Fischer posted a video on Twitter featuring himself, record-breaking astronaut Peggy Whitson, and cosmonaut Fyodor Yurchikhin crammed aboard the Soyuz spaceship on their way back to Earth. The three see what appears to be epic turbulence as the capsule descends through the atmosphere – which slows the Soyuz flight – then the parachute releases to delay the capsule’s descent even further so it can touch down on ground.

When it gets close enough, it fires miniature rocket engines to slow down even further, potentially resulting in a rocky conclusion. The landing of the Soyuz craft is frequently described as “not soft,” leading to the oft-used “car crash” analogy.

If you’ve ever seen astronauts return to Earth after spending so much time in microgravity, you know they have to be carried out of the capsule. Because the muscles and bones need time to acclimate to living in an environment with strong gravity, they develop jelly legs.

But don’t worry: Fischer didn’t leave out the part about whizzing through the atmosphere.

“I returned from space 4 years ago this week, and if you’ve ever wondered what it looks like when you pass through this environment – here you go,” Fisher said in another video.

This time, it displayed the breathtaking view from the spacecraft’s window as it dropped through the atmosphere past what appeared to be a blazing hell. Technically, the capsule is crashing to the ground like a rock, rather than gliding gracefully like an airplane. Parts of the ablative heat shield, which is designed to absorb and deflect the high heat of re-entry, are burning up in the atmosphere and putting on a spectacular fireworks display, similar to shooting stars.

The air friction forms a plasma bubble around the vehicle, cutting off communications with ground control centers for a few nerve-wracking minutes until it drops out of the atmosphere and the parachute unfolds for the final leg of the bumpy journey back to Earth.