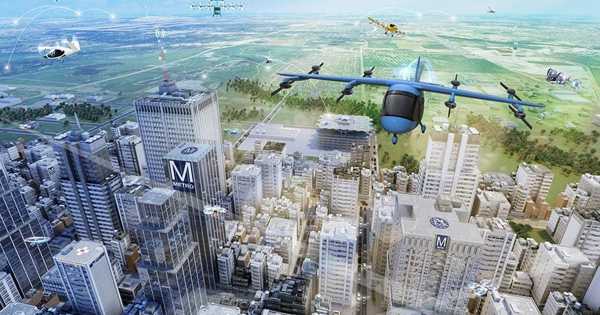 With the help of Joby Aviation, NASA has started Air Taxi Flight Testing

In an effort to add another mode of transportation for people and goods, the National Aeronautics and Space Administration (NASA) has begun testing an all-electric vertical take-off and landing (eVTOL) aircraft to serve as an air taxi.

As part of the agency’s Advanced Air Mobility (AAM) National Campaign, NASA began flight testing with Joby Aviation’s all-electric vertical takeoff and landing (eVTOL) aircraft. This testing is taking place at Joby’s Electric Flight Base, which is located near Big Sur, California. As part of the campaign, NASA will be testing an eVTOL aircraft for the first time. In the future, eVTOL aircraft could serve as air taxis for people and goods in cities and surrounding areas across the country, providing another mode of transportation for people and goods.

The aircraft, designed by California startup Joby Aviation, is a six-rotor helicopter. During take-off and cruise, the rotors can individually adjust their tilt, rotation speed, and blade pitch to reduce the blade vortex that produces the typical sound associated with traditional helicopters.

NASA’s goal is to collect vehicle performance and acoustic data for future airspace modeling and simulation. This test will aid in the identification of gaps in current Federal Aviation Administration regulations and policies that will aid in the integration of AAM aircraft into the National Airspace System. This multi-event campaign to advance airspace mobility in the U.S. will take place at multiple locations over several years.

NASA has conducted an eVTOL aircraft test for the first time as part of its Advanced Air Mobility (AAM) National Campaign. The testing will continue until Friday, September 10, at Joby’s Electric Flight Base near Big Sur, California.

NASA will collect data from Joby’s eVTOL aircraft during this round of testing, which is intended to serve as a commercial passenger service in the future. Analyzing that data prepares the AAM National Campaign for the first set of campaign tests, known as NC-1, which are scheduled for 2022 and will include more complex flight scenarios and other industrial vehicles.

As the Joby aircraft flies through planned test scenarios, the NASA team will collect data on how the vehicle moves, sounds, and communicates with controllers. Future partners will fly similar scenarios to assess the readiness of their vehicles. The team will set up the mobile acoustics facility and build an array of more than 50 microphones to measure the acoustic profile of Joby’s aircraft at various stages of flight.

“NASA’s AAM National Campaign is critical to driving scientific understanding and public acceptance of eVTOL aircraft,” said JoeBen Bevirt, Joby Aviation’s founder and CEO. “We’re extremely proud to have worked closely with NASA on an electric flight for the past decade and to be the first eVTOL company to fly as part of the campaign.”

Another aspect of the testing is ensuring that the external ranges participating in NC-1 meet the protocols for future testing by establishing a baseline for participation. The team will also put NASA’s flight safety and airworthiness processes to the test in order to approve campaign participants to fly.

When fully integrated into the national airspace, AAM will provide an efficient and cost-effective system for passenger and cargo transportation, as well as other public-interest applications. Package delivery drones, air taxis, and medical transport vehicles could all be part of this system.

AAM is an aviation system that includes developing and deploying aviation in novel ways that are not commonly seen today. NASA’s Advanced Air Mobility project manages the AAM National Campaign, which aims to be a community catalyst for developing and validating system-level concepts and solutions for AAM. The AAM project is part of the Aeronautics Research Mission Directorate at NASA.

eVTOL aircraft could be used as air taxis in cities and surrounding areas in the future, providing a faster mode of transportation. NASA will collect vehicle performance and acoustic data from Joby’s eVTOL aircraft, which is intended to serve as a commercial passenger service in the future, as part of the program.

NASA engineers will pay special attention to measuring the noise produced by the helicopter in order to collect data that will help lay the groundwork for a future regulatory framework governing the use of such vehicles in cities.