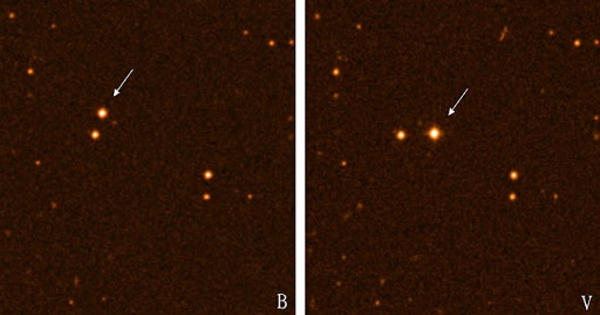 Wolf 359 – a red dwarf in the constellation Leo

Wolf 359 is a red dwarf in the constellation Leo first measured in 1919 by Max Wolf. This system, located approximately eight light-years from Sol, was in the Alpha Quadrant. About 7.8 light-years from the Earth, it has an apparent magnitude of 13.5 and can only be seen with a large telescope. It has a radius that is 0.16 times bigger than the Suns.

Wolf 359 is one of the nearest stars to the Solar System. It is not part of the Leo constellation outline but is within the borders of the constellation. Only the Alpha Centauri system (including Proxima Centauri), Barnard’s Star, and WISE 1049-5319 are closer. It is one of the closest stars to our Sun at a mere distance of 7.82 light-years. It is mentioned in several works of fiction.

Wolf 359 is one of the faintest and lowest-mass stars known. The location of the main sequence star in the night sky is determined by the Right Ascension (R.A.) and Declination (Dec.), these are equivalent to the Longitude and Latitude on the Earth. At the light-emitting layer called the photosphere, it has a temperature of about 2,800 K, which is low enough for chemical compounds to form and survive. For Wolf 359, the location is 10h 56m 28.99 and 7° 00` 52.0.

The surface has a magnetic field that is stronger than the average magnetic field on the Sun. As a result of magnetic activity caused by convection, Wolf 359 is a flare star that has sudden increases in luminosity for several minutes. These flares give off strong bursts of X-ray and gamma-ray radiation. Wolf 359 is a relatively young star with an age of less than a billion years. No companions or disks of debris have been detected in orbit around it.

Wolf 359 has a stellar classification of M6.5, although various sources list a spectral class of M5.5, M6, or M8. Based on the star’s spectral type of M6.5 Ve, Wolf 359’s color and type is a red main-sequence star. Most M-type stars are red dwarfs: they are called red because the energy emission of the star reaches a peak in the red and infrared parts of the spectrum.

Wolf 359 has a very low luminosity, emitting about 0.1% of the Sun’s energy. It has an apparent magnitude of 13.54 which is how bright we see the star from Earth. If it were moved to the location of the Sun, it would appear ten times as bright as the full Moon. Apparent Magnitude is also known as Visual Magnitude.