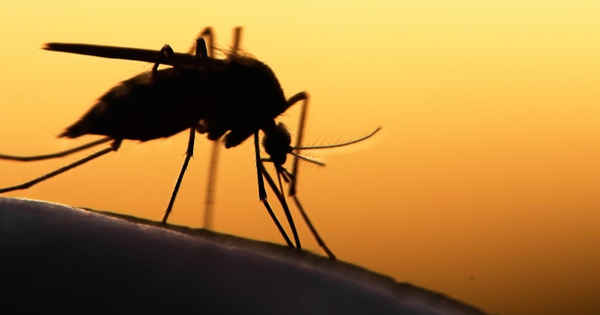 Malaria, a mosquito-borne illness, affects millions of people worldwide each year and is responsible for hundreds of thousands of deaths. While there are several medications available to treat malaria, there is concern that drug resistance will develop in areas where the disease is endemic. A new drug compound in development may be able to meet that need.

Researchers at the Francis Crick Institute and the Latvian Institute of Organic Synthesis have created a drug-like compound that effectively blocks a critical step in the life cycle of the malaria parasite, and they are working to develop this compound into a potentially first-of-its-kind malaria treatment.

Despite the fact that drugs and mosquito control have reduced malaria rates in recent decades, the parasite still kills over 400,000 people each year and infects many more. Worryingly, it has developed resistance to many existing antimalarial drugs, implying that new treatments that work in novel ways are desperately needed.

Researchers have designed a drug-like compound that effectively blocks a critical step in the malaria parasite life cycle and are working to develop this compound into a potential first-of-its-kind malaria treatment.

The scientists developed a set of compounds in their study, which was published in PNAS, to prevent the parasite from bursting out of red blood cells, a process critical to its replication and life cycle. In human cell tests, they discovered that one compound, in particular, was extremely effective.

“Malaria parasites enter red blood cells and replicate numerous times before bursting out into the bloodstream to repeat the process. This cycle and buildup of infected red blood cells are what causes the disease’s symptoms and, in some cases, fatalities “Mike Blackman, lead author and group leader of the Crick’s Malaria Biochemistry Laboratory, agrees.

“If we can effectively trap malaria in the cell by blocking the parasite’s exit route, we could stop the disease in its tracks and halt its devastating cycle of invading cells.”

The compound works by inhibiting an enzyme called SUB1, which is required for malaria to escape from red blood cells. Existing antimalarials kill the parasite within the cell, so the researchers hope that this alternative drug action will overcome the parasite’s resistance.

Importantly, the compound can pass through the membranes of red blood cells as well as the compartment within the cell where the parasites live.

The team is still working on optimizing the compound to make it smaller and more potent. If successful, it will need to be tested in additional experiments as well as animal and human trials to demonstrate that it is safe and effective before being made available to the public.

“Many existing antimalarial drugs are plant-derived, and while they’re incredibly effective, we don’t know the precise mechanisms behind how they work,” says Christine Withers-Martinez, author and researcher in the Malaria Biochemistry Laboratory. Our decades of research have enabled us to identify and comprehend critical pathways in the malaria life cycle, allowing us to rationally design new drug compounds based on the structure and mechanism of critical enzymes such as SUB1.

“This approach, which has already been highly successful in finding new treatments for diseases such as HIV and Hepatitis C, could be critical to long-term and effective malaria control.”

In a Phase IIb study, the University of Oxford reported that an investigational malaria vaccine containing Novavax’s Matrix-M adjuvant demonstrated 77 percent efficacy in children 12 months after initial dosing. R21/Matrix-M is the name given to the vaccine candidate.