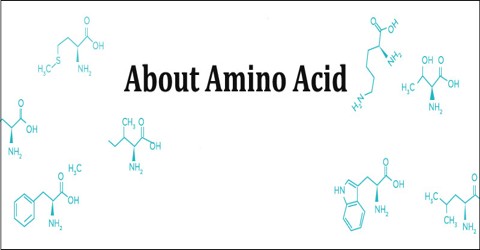 Amino acids are important because they make up proteins, which are a vital part of our diet. When we consume food with amino acids, it turns them into proteins which are a source of energy. The human body has thousands of different proteins, all of which are necessary for staying alive and healthy. Amino acids are the building blocks of proteins. There are 20 total amino acids in living things that are both created within the body, and humans need to obtain some amino acids through consuming foods that contain those essential amino acids.

Amino acid building blocks are put together through the process of translation to create a polypeptide chain. That chain can join up with others in specific shapes to make one of thousands of different proteins – from structural proteins to gene expression to enzymes – designed to do different things.

A large proportion of our cells, muscles and tissue are made up of amino acids, meaning they carry out many important bodily functions, such as giving cells their structure. They also play a key role in the transport and the storage of nutrients. Amino acids have an influence on the function of organs, glands, tendons and arteries. They are furthermore essential for healing wounds and repairing tissue, especially in the muscles, bones, skin and hair as well as for the removal of all kinds of waste deposits produced in connection with the metabolism. The Importance of Amino Acids for Human

Unfortunately, in the real world countless factors are working to prevent our bodies from receiving a full and balanced supply of these all-important substances. Among these factors are the pollution caused by burning fossil-fuels, the hormones fed to cattle, the intensive use of fertilizers in agriculture, and even habits such as smoking and drinking, all of which can prevent our bodies from fully using what we eat. Worse still is the amount of nutrition that is lost from our food through processing before we actually get to eat it. By providing the body with optimal nutrition, amino acids help to replace what is lost and, in doing so, promote well-being and vitality.

If the body is lacking in the minimum energy and nutrients, the body cannot carry out its bodily and mental functions. Without the necessary vitamins, proteins (Amino Acids), trace elements and minerals, there is a risk of debilities and metabolic disorders which can have serious consequences. All amino acids have the alpha carbon bonded to a hydrogen atom, carboxyl group, and amino group. The “R” group varies among amino acids and determines the differences between these protein monomers. The amino acid sequence of a protein is determined by the information found in the cellular genetic code. The genetic code is the sequence of nucleotide bases in nucleic acids (DNA and RNA) that code for amino acids. These gene codes not only determine the order of amino acids in a protein, but they also determine a protein’s structure and function. Proteins are produced through the processes of DNA transcription and translation. In protein synthesis, DNA is first transcribed or copied into RNA. The resulting RNA transcript or messenger RNA (mRNA) is then translated to produce amino acids from the transcribed genetic code. Organelles called ribosomes and another RNA molecule called transfer RNA help to translate mRNA. The resulting amino acids are joined together through dehydration synthesis, a process in which a peptide bond is formed between the amino acids. A polypeptide chain is formed when a number of amino acids are linked together by peptide bonds. After several modifications, the polypeptide chain becomes a fully functioning protein.