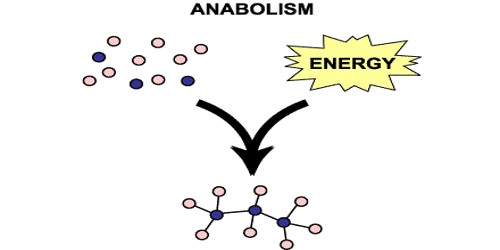 Anabolism is the set of metabolic pathways that build molecules from smaller units. It is the process by which the body utilizes the energy released by catabolism to synthesize complex molecules. Enzymes take little molecules and stick them together to make bigger molecules. Some of these enzymes are anabolic steroids. Anabolic reactions are divergent processes. These reactions describe the set of metabolic reactions that build up complex molecules from simpler ones

Anabolism can be thought of as a set of metabolic processes, in which the synthesis of complex molecules is initiated by energy released through catabolism. It requires the input of energy, which can be described as an “uphill” (energy intake) process. An example of anabolism is gluconeogenesis. This is when the liver and kidneys produce glucose from noncarbohydrate sources.

There are three basic stages of anabolism.