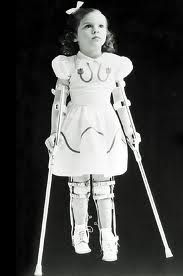 Polio is a crippling and potentially fatal infectious disease. There is no cure, but there are safe and effective vaccines. Therefore, the strategy to eradicate polio is based on preventing infection by immunizing every child to stop transmission and ultimately make the world polio free.Most people have no symptoms. If you have symptoms, they may include fever, fatigue, nausea, headache, flu-like symptoms, stiff neck and back, and pain in the limbs. A few people will become paralyzed. There is no treatment to reverse the paralysis of polio.

1. Introduction: Polio (also called poliomyelitis) is a contagious, historically devastating disease that was virtually eliminated from the Western hemisphere in the second half of the 20th century.  It is an acute, viral, infectious disease spread from person to person, primarily via the fecal-oral route. The term derives from the Greek poliós meaning “grey”, myelós referring to the “spinal cord”, and the suffix -itis, which denotes inflammation. Although polio has plagued humans since ancient times. Poliomyelitis was first recognized as a distinct condition by Jakob Heine in 1840. Although approximately 90% of polio infections cause no symptoms at all, affected individuals can exhibit a range of symptoms if the virus enters the blood stream.In about 1% of cases, the virus enters the central nervous system, preferentially infecting and destroying motor neurons, leading to muscle weakness and acute flaccid paralysis.  Different types of paralysis may occur, depending on the nerves involved. Spinal polio is the most common form, characterized by asymmetric paralysis that most often involves the legs. Bulbar polio leads to weakness of muscles innervated by cranial nerves. Bulbospinal polio is a combination of bulbar and spinal paralysis.

2. Causative agent: Its causative agent, poliovirus, was identified in 1908 by Karl Landsteiner.Although major polio epidemics were unknown before the late 19th century, polio was one of the most dreaded childhood diseases of the 20th century. Polio epidemics have crippled thousands of people, mostly young children; the disease has caused paralysis and death for much of human history. Polio had existed for thousands of years quietly as an endemic pathogen until the 1880s, when major epidemics began to occur in Europe; soon after, widespread epidemics appeared in the United States.

3. Other name: Polio is also known as Poliomyelitis or infantile paralysis.

4. Different types of polio: Polio may be following types:

4.1. Paralytic polio:  In around 1% of infections, poliovirus spreads along certain nerve fiber pathways, preferentially replicating in and destroying motor neurons within the spinal cord, brain stem, or motor cortex. This leads to the development of paralytic poliomyelitis, the various forms of which (spinal, bulbar, and bulbospinal) vary only with the amount of neuronal damage and inflammation that occurs, and the region of the CNS affected.

Denervation of skeletal muscle tissue secondary to poliovirus infection can lead to paralysis.

4.2.Spinal polio: Spinal polio, the most common form of paralytic poliomyelitis, results from viral invasion of the motor neurons of the anterior horn cells, or the ventral (front) gray matter section in the spinal column, which are responsible for movement of the muscles, including those of the trunk, limbs and the intercostal muscles.Virus invasion causes inflammation of the nerve cells, leading to damage or destruction of motor neuron ganglia. When spinal neurons die, Wallerian degeneration takes place, leading to weakness of those muscles formerly innervated by the now-dead neurons. The location and anatomy of the bulbar region (in orange).

The destruction of these nerves weakens the muscles supplied by the cranial nerves, producing symptoms of encephalitis, and causes difficulty breathing, speaking and swallowing.

Critical nerves affected are the glossopharyngeal nerve, which partially controls swallowing and functions in the throat, tongue movement and taste; the vagus nerve, which sends signals to the heart, intestines, and lungs; and the accessory nerve, which controls upper neck movement.

4.4 Bulbospinal polio: Approximately 19% of all paralytic polio cases have both bulbar and spinal symptoms; this subtype is called respiratory or bulbospinal polio. Here, the virus affects the upper part of the cervical spinal cord (cervical vertebrae C3 through C5), and paralysis of the diaphragm occurs. The critical nerves affected are the phrenic nerve, which drives the diaphragm to inflate the lungs, and those that drive the muscles needed for swallowing. By destroying these nerves, this form of polio affects breathing, making it difficult or impossible for the patient to breathe without the support of a ventilator. It can lead to paralysis of the arms and legs and may also affect swallowing and heart function

5.Causesc: Poliomyelitis is caused by infection with a member of the genus Enterovirus known as poliovirus (PV). This group of RNA viruses colonize the gastrointestinal tract specifically the oropharynx and the intestine.  The incubation time (to the first signs and symptoms) ranges from three to 35 days, with a more common span of six to 20 days.

PV infects and causes disease in humans alone.Its structure is very simple, composed of a single (+) sense RNA genome enclosed in a protein shell called a capsid.In addition to protecting the virus’s genetic material, the capsid proteins enable poliovirus to infect certain types of cells. Three serotypes of poliovirus have been identified poliovirus type 1 (PV1), type 2 (PV2), and type 3 (PV3)—each with a slightly different capsid protein.All three are extremely virulent and produce the same disease symptoms.PV1 is the most commonly encountered form, and the one most closely associated with paralysis. Individuals who are exposed to the virus, either through infection or by immunization with polio vaccine, develop immunity. In immune individuals, IgA antibodies against poliovirus are present in the tonsils and gastrointestinal tract, and are able to block virus replication; Big and IgM antibodies against PV can prevent the spread of the virus to motor neurons of the central nervous system.Infection or vaccination with one serotype of

poliovirus does not provide immunity against the other serotypes, and full immunity requires exposure to each serotype. A rare condition with a similar presentation, nonpoliovirus poliomyelitis, may result from infections with nonpoliovirus enteroviruses.

7. Treatment: There is no cure for polio, so prevention is very important. Patients with non-paralytic polio need to be monitored for progression to paralytic polio. Patients with paralytic polio need to be monitored for signs and symptoms of respiratory failure, which may require lifesaving therapies such as respiratory support. In addition, a number of treatments are available to decrease some of the less severe symptoms. There are medications to treat urinary infections and urinary retention and pain management plans for muscle spasms. Unfortunately, there are only supportive measures available to treat the symptoms of paralytic polio. Patients who recover from polio may require physical therapy, leg braces, or even orthopedic surgery to improve physical function.