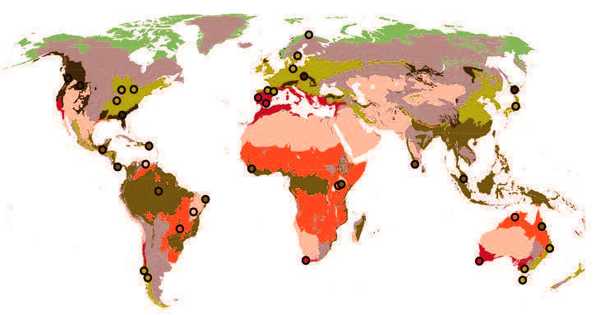 The rapid decline and extinction of many species of detritivores (organisms that break down and remove dead plant and animal matter) may have dire consequences, according to a new study by an international team of scientists.

The researchers discovered a link between detritivore diversity and plant litter decomposition in streams, noting that decomposition was highest in waters with the most species of detritivores, which included aquatic insects like stoneflies, caddisflies, mayflies, and craneflies, as well as crustaceans like scuds and freshwater shrimp and crabs.

Decomposition is a biological process that is necessary for life, according to study co-author Bradley Cardinale, professor and head of the Department of Ecosystem Science and Management in Penn State’s College of Agricultural Sciences.

“Plant matter that is not eaten by animals eventually dies and must be recycled so that biologically essential nutrients are rereleased into the environment where they can be used by plants again,” he explained. “If that process of decomposition does not occur, or if it is significantly slowed, life comes to a halt. Phosphorus, nitrogen, and other nutrients that humans require do not exist in biologically available form unless they are decomposed and recycled.”

The fast-moving decline and extinction of many species of detritivores — organisms that break down and remove dead plant and animal matter — may have dire consequences, an international team of scientists suggests in a new study.

However, detritivore populations are dwindling and disappearing at an alarming rate around the world, prompting the study. Cardinale stated that there is strong evidence that the rate of extinction for these organisms is 1,000 to 10,000 times faster than in the past.

“There has been a lot of debate about whether the diversity of these aquatic insects and crustaceans is important,” Cardinale said. “Is the biological process of decomposition going to slow down if they become extinct? Prior to this study, we didn’t have a good answer. We didn’t know if the extinction of these animals would have a significant impact on ecosystems’ ability to sustain life, or if other organisms like bacteria and fungi would fill the ecological niche and achieve a similar level of decomposition.”

Cardinale stated that there are several causes of extinction. They are, in order of importance, habitat loss, overharvesting (which does not apply to this study), competition from invasive species, disease, pollution, and climate change – which he refers to as “the big unknown at this point.”

The study was global and unusually robust, involving 75 scientists from 23 countries on six continents analyzing decomposition in 38 headwater streams that were similar in size, depth, and physical habitat. The researchers chose streams with rocky substrates that were shaded by dense riparian vegetation.

The researchers incubated identical plant litter mixtures made up of nine species collected from various locations around the world and distributed among study partners at each site. Litter mixtures were contained in paired coarse-mesh and fine-mesh litterbags with the same amount and type of litter.

“The two types of litterbags allowed us to quantify the amount of decomposition done in the streams by detritivores and microbial organisms,” Cardinale said. “We discovered that much less decomposition occurred in litter enclosed by fine mesh bags that could not be accessed by aquatic insects or crustaceans.”

This suggests that bacteria and fungi alone are unlikely to be able to decompose the amount of organic matter required in stream ecosystems, he adds. “When we excluded these animals, we saw a significant decrease in decomposition rates, indicating that other organisms did not compensate for them,” Cardinale explained. “When we excluded the detritivores, simulating extinction, we lost far more than half of the decomposition in the streams.”

The researchers discovered that streams with an abundance of detritivores had the highest rates of decomposition, according to findings published recently in Nature Communications. They found that the relationship between detritivore diversity and decomposition was stronger in tropical areas than in temperate areas, and that abundance and biomass were important in temperate and boreal areas but not in tropical areas.

According to the study’s findings, detritivore extinctions are likely altering litter decomposition, and these effects are especially strong in tropical areas, where detritivore diversity is already low and some environmental stressors are particularly prevalent.

Cardinale believes that some of the study’s findings are not surprising. Detritivores’ abundance and size are known to have a significant impact on decomposition. As a result, streams with more of them – or streams with larger invertebrates like big crabs and shrimp – have more decomposition.

“However, what was surprising was that we also discovered that diversity, or the number of different species in streams, was one of the most dominant predictors of decomposition,” he said. “And we could explain 82 percent of the global variation in decomposition by combining abundance, body size, and diversity. That means that as these animals become extinct, we will lose the ability to decompose and recycle biologically essential materials needed by other organisms for survival and growth.” This work was funded by the Basque Government in Spain.