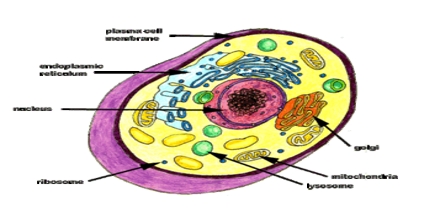 In biology, cell theory is a scientific theory which describes the properties of cells. This lecture briefly present on the Cell Theory. Here also focus on discovery of Cells. 1665- English Scientist, Robert Hooke, discovered cells while looking at a thin slice of cork. He described the cells as tiny boxes or a honeycomb. He thought that cells only existed in plants and fungi. The average human being is composed of around 100 Trillion individual cells! It would take as many as 50 cells to cover the area of a dot on the letter “i”.