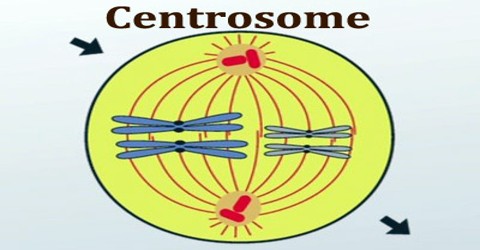 Centrosome is a specialized region of the cytoplasm that is located next to the nucleus of a cell and contains the centrioles. The cells of most eukaryotes except plants have centrosomes. It is considered as the major microtubule organizing center located inside the cell and is known to regulate the cell cycle progression. It was explained by Theodor Boveri in 1888 who described them as the center of attachment for microtubules, which in his time were known as rays. Centrosomes were initially thought to be important participants of cell division, but even after all these years the exact function of these Centrosomes in cell replication has not been established. Their exact function is being studied to help identify its use in restricting the growth of cancer we do not have access to view this node. Centrosomes have been observed in human tumors and have shown to have abnormalities.

The purpose of the centrosome is to help organize microtubules (hollow tubes of protein, similar looking to microscopic hollow spaghetti) to be utilized during cell division. It also works to use the microtubules to create part of the cytoskeleton of the cell. This helps give the cell its structure. In a sense, the centrosome helps to stabilize the structure of the cell. While these might seem like simplistic tasks, they are extremely important and critical roles. Structure and Function of Centrosome

The centrosome, which is also known as the MTOC (In non-dividing cells), consists of a pair of L-shaped centrioles and associated pericentriolar material. The ‘older’ of the two centrioles has additional proteins that form appendages along the exterior surface. The pericentriolar material contains numerous γ-TuRCs that nucleate the microtubule array. The centrioles have microtubules organized in a structure similar to the basal bodies found at the base of cilia and flagella. The centrosome itself consists of two centrioles that are held perpendicular to one another. The centrioles are just a fancy way to name a specific arrangement of microtubules. They are held together in a set way: as stacks of three microtubules that are connected in nine bundles arranged in a ring. The architecture of the microtubule array in differentiated cell types results not only from the dynamic behaviour of MTs but also from a balance between MT nucleation and MT-anchoring activities at the centrosome. During interphase, MTs are nucleated in the matrix associated with both mother and daughter centrioles, but only the mother centriole is able to anchor them on its associated sub-distal appendages. Microtubules are nucleated by the γ-tubulin ring complex (γ-TuRC). γ-Tubulin is present throughout the cell cycle in the matrix, close to the proximal walls of centrioles. Its levels increase dramatically prior to mitosis, concomitantly with the recruitment of MT-associated proteins required for mitotic spindle formation. This process, centrosome maturation, is under the control of the Polo-like and Aurora A kinases.

In addition to its function in MT organization, the centrosome could play a crucial role in cytokinesis. An increasing number of centrosomal proteins have been reported to participate in cytokinesis, such as centriolin, Cep55, CP110 and BBS6. Other major transitions where centrosome activity could impinge on the cell division cycle are the G1-S and G2-M transitions. The researchers think that centrosome most probably works as the we do not have access to view this node’s structural organizing center. Although the researchers have tracked down its various functions and importance, no one really knows what it is composed of. In the process of identifying its make up, the scientists have tried to isolate and characterize the proteins in concurrence with centrosome but until now nothing has yet been found out. It is postulated that like chloroplast, mitochondria, and various types of cell components, the centrosome too can be the left over portion of symbiotic association with a prokaryotic organism. In a symbiotic process there is a give and take relationship between two organisms or cell and centrosome is considered as the by product of such a process.

Relation between Centrosomes and Cancer

It has been detected that the cancer cells are prone to have excess number of centrosomes and at times constitute chromosomes in abnormal number (aneuploid). This is significant in context with role played by centrosomes in the movement of chromosome. The tumor suppressor gene p53 influences the cells to create excess centrosomes during replication.