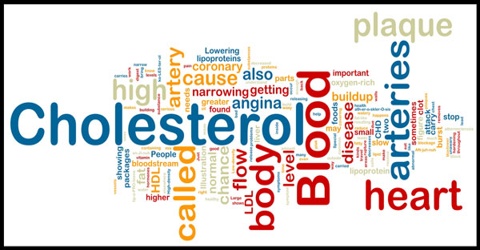 Cholesterol is a main component of blood plasma and cell membranes, and it is an important precursor of many steroid hormones, vitamin D2, and bile acids. In vertebrates, cholesterol is manufactured by the liver or absorbed from food in the intestine. Higher than normal amounts of cholesterol in the blood are associated with higher risk for developing coronary artery disease and atherosclerosis. It has a reputation for being associated with an increased risk for heart and blood vessel disease. Cholesterol is recycled in the body. The liver excretes it in a non-esterified form (via bile) into the digestive tract. Typically, about 50% of the excreted cholesterol is reabsorbed by the small intestine back into the bloodstream. It plays an important part in the human body. Its functions are as follows:

The liver is responsible for managing the levels of Low-Density Lipoproteins (LDL) in the body. It manufactures and secretes LDL into the bloodstream. There are receptors on liver cells that can “monitor” and try to adjust the LDL levels. Diet and genetics both play a factor in a person’s cholesterol levels. There are three types of lipoproteins that are categorized based upon how much protein there is in relation to the amount of cholesterol.

Low-Density Lipoproteins (LDL) contain a higher ratio of cholesterol to protein and are thought of as the “bad” cholesterol. Elevated levels of LDL lipoprotein increase the risk of heart disease, stroke, and peripheral artery disease, by helping form cholesterol plaque along the inside of artery walls.

High-Density Lipoproteins (HDL) are made up of a higher level of protein and a lower level of cholesterol. These tend to be thought of as “good” cholesterol because they can extract cholesterol from artery walls and dispose of them in the liver.

Very low-density lipoproteins (VLDL) contain even less protein than LDL. Total cholesterol is the sum of HDL, LDL, and VLDL.

In our bodies, cholesterol serves three main purposes: It aids in the production of sex hormones. It’s a building block for human tissues. It assists in bile production in the liver.