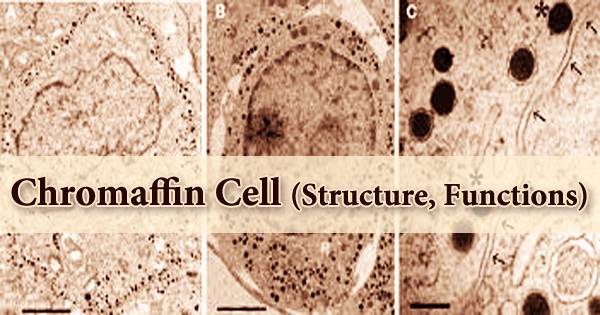 The proliferation of chromaffin cells, also known as pheochromocytes, in the rat adrenal medulla rapidly decreases after birth. In animals, these neuroendocrine cells are usually found in the medulla of the adrenal glands. These cells perform a range of activities, including stress response, monitoring carbon dioxide, and oxygen concentrations in the body, respiration maintenance, and blood pressure management. Mitoses are easily visible in postnatal rat adrenal histological sections, although they are uncommon after 60 days. For many years, adult rat chromaffin cells were thought to be essentially postmitotic and terminally differentiated.

The hypothalamic-pituitary adrenocortical axis and the autonomic nervous system are both regulated by corticotropin-releasing hormone (CRH). Following research, it was shown that E and NE cells multiply throughout life. They connect with pre-synaptic sympathetic ganglia of the sympathetic nervous system, and they have a structure that is similar to that of post-synaptic sympathetic neurons. Mitoses are exceedingly rare in SGC cells, and there is no evidence that SGC cells are progenitors to conventional E or NE cells.

Chromaffin cells are formed from the neural crest of the human embryo. The sympathetic ganglia, vagus nerve, paraganglia, and carotid arteries are all near them. They’re located in the bladder wall, prostate, and behind the liver, to name a few places. A short course of administration of reserpine, one of the many drugs that generate adrenal medullary tumors following chronic administration, has been found to increase chromaffin cell proliferation in adult rats.

In response to increased physiological demands, the mitogenic impact could theoretically serve to raise the functional reserve of the adrenal medulla. The proliferation of rat chromaffin cells in cell culture was stimulated by agents that mimicked brain stimulation by activating intracellular signaling pathways known to mediate the actions of acetylcholine or peptide neurotransmitters. In non-mammals, chromaffin cells can be located in a variety of locations, are rarely structured as a separate organ, and may lack innervation, relying only on endocrine or paracrine cues for secretion.

The splanchnic nerve innervates chromaffin cells in the adrenal medulla, which release adrenaline (epinephrine), noradrenaline (norepinephrine), some dopamine, enkephalin and enkephalin-containing peptides, and a few other hormones into the bloodstream. Control adrenomedullary cells displayed the typical ultrastructural features of neuroendocrine cells, including an abundance of membrane bound secretory spanning in size from 60 to 400 nm in maximum dimension, and rough endoplasmic reticulum (RER).

Similarly, an increase in liposomes, which are cholesterol storage organelles, indicates diminished steroid production and a hypofunctional adrenocortical condition. The hormones are produced in chromaffin granules, which contain the enzyme dopamine β-hydroxylase, which catalyzes the conversion of dopamine to noradrenaline. In this symposium, the chromaffin cell was highlighted as a significant neuroendocrine depot from which epinephrine is released during both systemic and psychological stress responses.