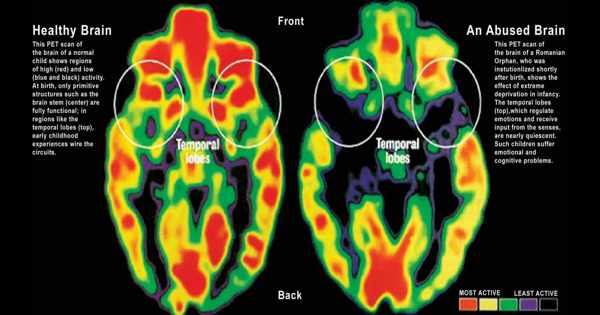 Children develop brain connections through their everyday experiences beginning at birth. They are formed through positive interactions with their parents and caregivers, as well as through the use of their senses to interact with the world. A child’s brain develops the most from birth to age five, more than at any other time in life. Early brain development also has a long-term effect on a child’s ability to learn and succeed in school and in life.

The neocortex is a layered structure of the brain in which neurons are arranged in parallel. This structure is essential for proper brain function. A team of Charité — Universitätsmedizin Berlin researchers discovered two key processes that guide this organization. The researchers identify one critical factor that ensures the timely movement of neurons into their destined layer and, consequently, their final parallel orientation within this space, as reported in Science Advances.

The neocortex is the brain’s outermost region. It’s in charge of cognitive functions like language, decision-making, and voluntary movement. It is a highly organized structure, with its component neurons stratified horizontally into six layers, with neurons and their branched processes (dendrites) oriented parallel to each other. Neurons must first migrate from the ventricular zone, where they are generated by neural stem cells, to their final destination in order to form this layered structure.

The neocortex is a layered structure of the brain in which neurons are arranged parallel to each other. Researchers identify one crucial factor which ensures the timely movement of neurons into their destined layer and, subsequently, their final parallel orientation within this space.

The process by which the nervous system and all of its components come into being is known as neural development. It includes neural induction, cellular differentiation, migration, axonal guidance, and synapse formation as well as the cellular basis and underlying mechanisms that guide the developmental process.

“The function of the neocortex is determined by its structure. Consider the neocortex to be a computer chip, with each component in its precise location. A finely tuned sequence of cellular processes is required to ensure that all neurons reach their final destination and correctly orient within this space. Any disruption in these processes will cause cognitive impairments and neurological disorders “Dr. Marta Rosário, corresponding co-senior author, explains how she and her team from Charité’s Institute of Cell Biology and Neurobiology have been determining the potential factors and mechanisms involved.

“We discovered that this layered structure can only form if newly generated neurons can begin migrating to their intended destinations at the appropriate time. We were also able to demonstrate for the first time that when these cells arrive, they undergo a process of reorientation that allows them to extend their main dendritic protrusion – the apical dendrite – in the direction of the cerebral membranes and thus align in a parallel fashion “Dr. Rosário says “Only by completing these two key processes can neurons subsequently form the correct connections with other neurons, which is required for brain function,” she adds.

Using a mouse model, the researchers discovered that the regulatory protein Zeb2 is in charge of both processes. Neurons must first detach from their original location, where they are firmly anchored within the surrounding ‘extracellular matrix,’ in order to begin migration at the appropriate time. Zeb2 inhibits the production of the surface protein neuropilin-1, which is responsible for adhesion.

Zeb2 uses another surface protein, cadherin-6, to control adhesion, ensuring that cell-cell and cell-matrix contacts occur in a balanced manner, to ensure that neurons can reorient themselves upon arrival in the cerebral cortex. As a result, Zeb2 regulates two critical signaling pathways that govern interactions between cells and their surroundings.

Mutations affecting Zeb2 play an important role in a rare genetic disorder known as Mowat-Wilson syndrome, which is associated with developmental and functional abnormalities affecting both the brain and the nerves supplying certain organs. Summing up the team’s research findings, co-senior author Prof. Dr.

“Thanks to our new insights regarding the two steps involved in neocortical development, we are now better able to understand the nature of the cellular defects which might underpin these types of functional brain abnormalities — or indeed other neuropsychiatric disorders such as autism and schizophrenia,” says Victor Tarabykin, Director of the Institute of Cell Biology and Neurobiology. Dr. Rosário and her colleagues are currently conducting additional research to determine the role of interactions between nerve cells and their surroundings in neurological disorders.