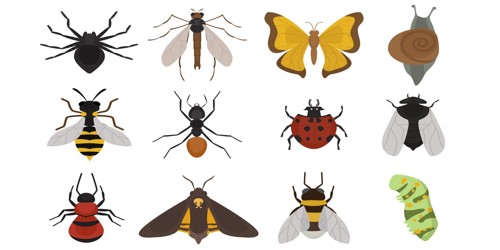 Entomology is the science of insects. It is the study of insects and their relationship to humans, the environment, and other organisms. People who study insects are called entomologists. They make great contributions to such diverse fields as agriculture, chemistry, biology, human/animal health, molecular science, criminology, and forensics. Insects have been studied since prehistoric times, but it was not until as early as the 16th century that insects were scientifically studied. It is an ancient science, dating back to the establishment of biology as a formal field of study by Aristotle (384-322 BC). It is a branch of zoology concerned with the study of insects.

Professional entomologists contribute to the betterment of humankind by detecting the role of insects in the spread of disease and discovering ways of protecting food and fiber crops, and livestock from being damaged. Some entomologists study how insects are related to each other. Others study how insects live and reproduce because we do not know very much about some kinds of insects. Other entomologists study ways to keep insects away from crops that people use for food. There are billions of unknown species throughout the world and taxonomists categorize the newly found. It usually comes under the control of biology or agriculture departments, and most universities in the world offer courses in entomology.

Entomologists meet to talk about their study of insects and to share ideas, just as all scientists do. It also plays an important role in studies of biodiversity and the assessment of environmental quality.