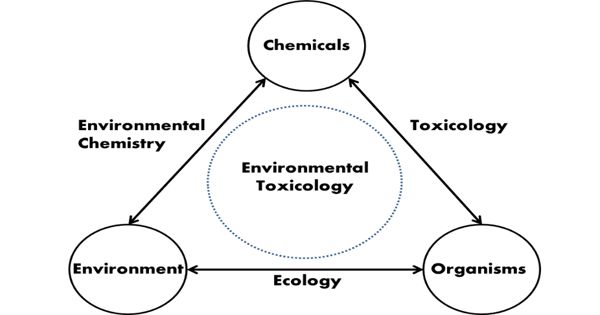 Environmental toxicology – a study of harmful effects of various agents

Environmental Toxicology is the study of the effects of chemicals on human health and the environment. It is a multidisciplinary field of science concerned with the study of the harmful effects of various chemical, biological and physical agents on living organisms. By applying the principles of biology and chemistry, toxicologists can study the toxic behavior of man-made and natural chemicals. Ecotoxicology is a subdiscipline of environmental toxicology concerned with studying the harmful effects of toxicants at the population and ecosystem levels. Using this knowledge, toxicologists can predict where chemicals will end up in the environment and in our bodies, determine what toxic impacts chemicals have, and establish exposure limits to keep us and our environment healthy.

Environmental toxicology is the scientific study of the health effects associated with exposure to toxic chemicals occurring in the natural, work, and living environments. 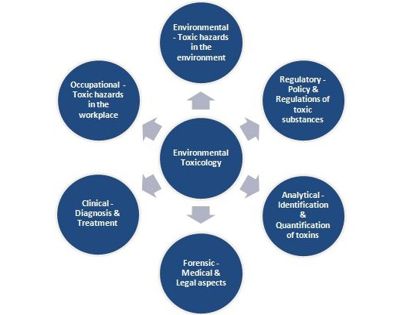 Analytical Toxicology deals with the determination of the levels of exposure to potential toxicants via air, water, or food. Organisms can be exposed to various kinds of toxicants at any life cycle stage, some of which are more sensitive than others. Toxicity can also vary with the organism’s placement within its food web. Contamination is defined as the introduction of pollutants into the natural environment that causes adverse reactions. Bioaccumulation occurs when an organism stores toxicants in fatty tissues, which may eventually establish a trophic cascade and the biomagnification of specific toxicants. Biodegradation releases carbon dioxide and water as by-products into the environment. Toxicology is concerned with the study of different adverse effects which are caused by the contaminants that are present in the environment.

The term also describes the management of environmental toxins and toxicity and the development of protections for humans and the environment. It is an interdisciplinary research field that requires extensive knowledge of mathematics, chemistry, biology, and molecular biology. The harmful effects of such chemical and biological agents as toxicants from pollutants, insecticides, pesticides, and fertilizers can affect an organism and its community by reducing its species diversity and abundance. Such changes in population dynamics affect the ecosystem by reducing its productivity and stability.