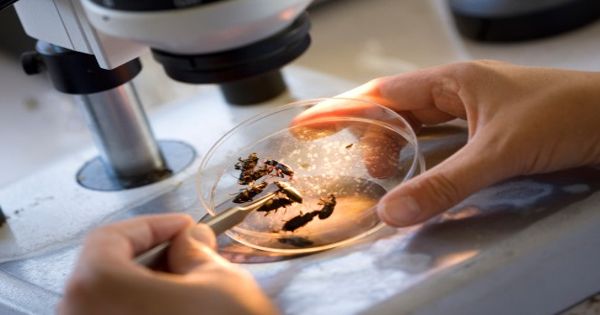 Forensic entomology is the study of insects/arthropods in a criminal investigation. It is the study of insect biology as it relates to societal problems that come to the attention of the legal profession and that often must be resolved by legal proceedings. In forensic entomology, entomotoxicology is the analysis of toxins in arthropods (mainly flies and beetles) that feed on carrion. It is the use of the insects, and their arthropod relatives that inhabit decomposing remains to aid legal investigations. Using arthropods in a corpse or at a crime scene, investigators can determine whether toxins were present in a body at the time of death.

Forensic entomology in a medicolegal or medicocriminal context focuses on insects that colonize in human tissue in postmortem situations. It plays an especially important role in assessing the early stages of decomposition.

This technique is a major advance in forensics; previously, such determinations were impossible in the case of severely decomposed bodies devoid of intoxicated tissue and bodily fluids. It is a specialized area of investigation; reference to guidance notes on the collection and preservation of specimens is essential. It is the study of insect biology as it relates to societal problems that come to the attention of the legal profession and that often must be resolved by legal proceedings. 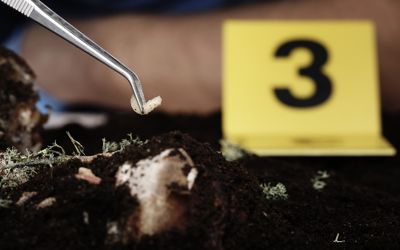 Forensic entomology also helps determine an estimate of how long a person or animal has been deceased or the Post Mortem Interval (PMI). It involves estimating the age of insects developing on human remains; specifically, it involves estimating the time of colonization or time when eggs or larvae are deposited on the remains and the time elapsed since insect activity began (called the postmortem interval, or PMI). Ongoing research into the effects of toxins on arthropod development has also allowed better estimations of postmortem intervals. Investigators can determine this from insects by studying the development of the insect. There are certain insects that are specialized to develop on bodies that are decomposing. Scientists are also trying to use this type of succession development to evaluate the time of death using microorganisms, many of which are responsible for decomposition changes that develop on a dead body.