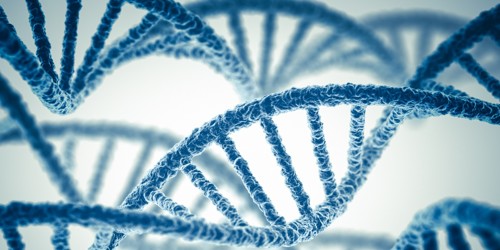 A genome is an organism’s complete set of genetic instructions. The genome of an organism is the whole of its hereditary information encoded in its DNA (or, for some viruses, RNA). It is an organism’s complete set of DNA, including all of its genes. This includes both the genes and the non-coding sequences of the DNA. DNA is a unique chemical code that guides our growth, development, and health. Each genome contains all of the information needed to build and maintain that organism. The human genome, for example, is the set of genetic information encoded in 46 chromosomes found in the nucleus of each cell.

The term was coined in 1920. Winkler’s definition, in translation, runs: “I propose the expression genome for the haploid chromosome set, which, together with the pertinent protoplasm, specifies the material foundations of the species ….”

The genome contains genes, which are packaged in chromosomes and affect specific characteristics of the organism. However, no single haploid chromosome set defines even the DNA of a species. Small sections of DNA, called genes, code for the RNA and protein molecules required by the organism. Because of the huge variety of alleles carried by a population, every individual is genetically different. Even a diploid individual carries a genetic variety. For that reason Dobzhansky preferred “set of chromosomes”, and the definition now must be broader than Winklers’ definition. The genome of a haploid chromosome set is merely a sample of the total genetic variation of a species.

The term ‘genome’ can be applied specifically to mean the complete set of nuclear DNA (the ‘nuclear genome’) but can also be used of organelles that contain their own DNA, as with the mitochondrial genome or the chloroplast genome. In short, the genome is divided into chromosomes, chromosomes contain genes, and genes are made of DNA.