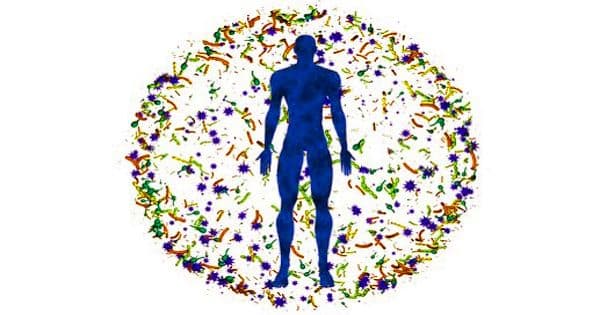 The gut microbiota varies greatly between individuals, but within-individual variation is relatively stable over time. A functional core microbiome supported by abundant bacterial taxa appears to be shared by all human hosts, regardless of gender, geographic location, or age.

According to new research, bacteria and other microorganisms in the digestive tract are linked to a variety of health conditions such as high blood pressure, high blood lipids, and body mass index (BMI). A new study has revealed how the gut microbiota of older mice can promote neural growth in young mice, paving the way for promising future treatments.

“Our findings suggest that microbiota may play an important role in health maintenance and may aid in the development of novel treatments,” said study author Dr. Hilde Groot of the University Medical Centre Groningen in the Netherlands.

The human gut microbiome is the collection of microorganisms (mostly bacteria and single-celled organisms known as archaea) and their genetic material found in the digestive tract. Small-scale research has suggested a link between the gut microbiome and specific diseases.

Bacteria and other microorganisms in the digestive tract are linked with dozens of health conditions including high blood pressure, high blood lipids, and body mass index (BMI) according to research.

The researchers from Nanyang Technological University (NTU) in Singapore transferred the gut microbiota of older mice into the guts of younger mice with less developed gut fauna. This resulted in increased neurogenesis (brain cell growth) and altered aging, indicating that the symbiotic relationship between bacteria and their hosts can have significant health benefits.

This study investigated multiple diseases and other traits in one cohort for the first time, revealing the startling extent to which the microbiome influences sickness and health. The researchers used genetic data as a proxy for microbiome composition in their study.

Dr. Groot elaborated: “Previous research has shown that genetic variants can explain a portion of the human gut microbiome composition. So, rather than directly measuring the microbiome’s composition, we used genetic alterations to estimate its composition.”

The study included 422,417 unrelated individuals from the UK Biobank who had their genetic make-up determined through genotyping. A variety of diseases and other characteristics, such as BMI and blood pressure, were also collected. The average age of the participants was 57, and 54 percent were female.

Higher levels of the genus Ruminococcus, for example, have been linked to an increased risk of high blood pressure.

Dr. Groot stated the following about alcohol consumption: “Because what we eat and drink affects microbiome content, we investigated the connections between meat, caffeine, and alcohol. We discovered a link between elevated Methanobacterium levels and increased alcohol consumption. It is critical to emphasize that this is an association, not a causal relationship and that more research is required.”

The study’s real strength was conducting a broad analysis on the same group of people. According to Dr. Groot: “Given that the results were observed in a single cohort, this cautiously supports the notion that microbiota and the substances they produce (known as metabolites) provide links between a variety of diseases and conditions. The findings could aid in the identification of common pathways. However, additional research (for example, in other cohorts) is required to validate our findings.”

She came to the following conclusion: “Follow-up studies are needed to investigate causality before providing concrete advice to the general public and health professionals. This research can point you in the right direction.”

The amount of research into the relationship between the host and the bacteria that live in or on it has increased significantly over the last 20 years. The findings of these studies have established that this relationship plays an important role in nutrition, metabolism, and behavior.

The medical community hopes that these new findings will lead to the development of food-based treatments to help slow the aging process.

The researchers attempted to discover the functional characteristics of an aging host’s gut microbiota in this study. The scientists transplanted gut microbiota from old or young mice into young, germ-free mice recipients.