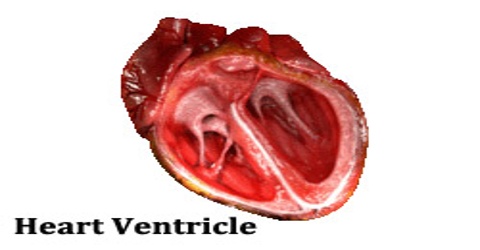 Structure and Functions of Ventricle Cardiac conduction is the rate at which the heart conducts the electrical impulses that drive the cardiac cycle. Heart failure is a condition that is caused by the failure of heart ventricles to pump blood efficiently. Cardiac dysrhythmia is an irregular heartbeat that can occur in the ventricles or atria. Normally the heartbeat is initiated in the SA node of the atrium but initiation can also occur in the Purkinje fibres of the ventricles giving rise to premature ventricular contractions, also called ventricular extra beats.