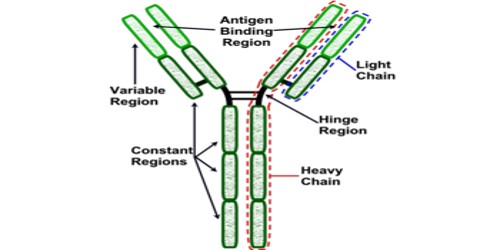 Immunoglobulins are large Y-shaped proteins that can stick to the surface of bacteria and viruses. They are found in the blood or other body fluids of vertebrates. They act as a critical part of the immune response by specifically recognizing and binding to particular antigens, such as bacteria or viruses, and aiding in their destruction. They are the key element in the adaptive immune system. It test measures the level of certain immunoglobulins, or antibodies, in the blood.

The Immunoglobulins recognizes a unique part of the foreign target called an antigen. Each tip of the “Y” of an antibody contains a structure (like a lock) that fits one particular key-like structure on an antigen. This binds the two structures together. Five major antibody classes have been identified in placental mammals: IgA, IgD, IgE, IgG, and IgM.

Using this binding mechanism, an antibody can tag a microbe or an infected cell for attack by other parts of the immune system, or can neutralize its target directly. The production of antibodies is the main function of the humoral immune system. Hence, the assessment of the immunoglobulin isotype can provide useful insight into complex humoral immune responses. 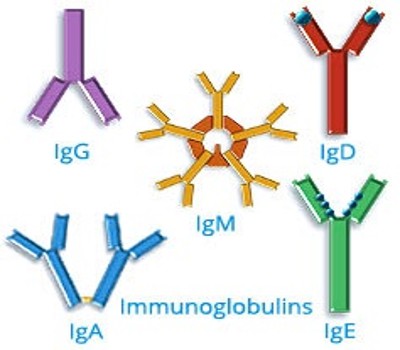 Each antibody is different. The body makes different immunoglobulins to combat different antigens. They are all designed to attack only one kind of antigen (in practice, this means virus or bacteria). For example, the antibody for chickenpox isn’t the same as the antibody for mononucleosis. For instance, an antibody designed to destroy smallpox is unable to hit the bubonic plague or the common cold.