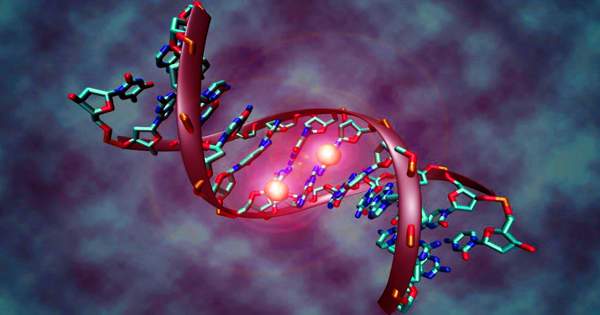 In Bacteria, a New Approach Paves the Way for Efficient Genome Writing

MIT biological engineers have developed a new method for editing bacterial genomes and programming memories into bacterial cells by rewriting their DNA. Using this method, various types of spatial and temporal information can be stored for generations and retrieved by sequencing the DNA of the cells.

The new DNA writing technique, known as HiSCRIBE by the researchers, is far more efficient than previous systems for editing DNA in bacteria, which had a success rate of only about 1 in 10,000 cells per generation. The researchers demonstrated in a new study that this approach could be used to store memory of cellular interactions or spatial location.

According to the researchers, this technique could also allow them to selectively edit, activate, or silence genes in certain species of bacteria living in a natural community, such as the human microbiome.

“With this new DNA writing system, we can precisely and efficiently edit bacterial genomes within complex bacterial ecosystems without the need for any form of selection,” says Fahim Farzadfard, a former MIT postdoc and the paper’s lead author. “We can now perform genome editing and DNA writing outside of the laboratory, whether to engineer bacteria, optimize traits of interest in situ, or study evolutionary dynamics and interactions in bacterial populations.”

Biological engineers have devised a way to program memories into bacterial cells by rewriting their DNA. The new DNA writing technique, which the researchers call HiSCRIBE, is much more efficient than previously developed systems for editing DNA in bacteria.

Lu’s lab has been researching ways to use DNA to store information, such as memory of cellular events, for several years. In 2014, he and Farzadfard devised a method to use bacteria as a “genomic tape recorder,” engineering E. coli to store long-term memories of events like chemical exposure.

To accomplish this, the researchers engineered the cells to produce a retron reverse transcriptase enzyme, which when expressed in the cells produces single-stranded DNA (ssDNA), as well as a recombinase enzyme, which can insert (“write”) a specific sequence of single-stranded DNA into a targeted site in the genome. This DNA is only produced when a predetermined molecule or another type of input, such as light, is present. After the DNA is created, the recombinase inserts it into a preprogrammed site anywhere in the genome.

That technique, dubbed SCRIBE by the researchers, had a low writing efficiency. In each generation, only one E. coli cell out of 10,000 would acquire the new DNA that the researchers attempted to incorporate into the cells. This is due in part to the fact that E. coli have cellular mechanisms that prevent single-stranded DNA from accumulating and integrating into their genomes.

The researchers were able to achieve near-universal incorporation of the genetic changes that they attempted to introduce with those modifications, resulting in an unparalleled and efficient method for editing bacterial genomes without the need for selection.

“Because of that advancement, we were able to do some applications that we could not do with the previous generation of SCRIBE or other DNA writing technologies,” Farzadfard says.

The researchers demonstrated in their 2014 study that they could use SCRIBE to record the duration and intensity of exposure to a specific molecule. They can track these types of exposures as well as other types of events, such as cell interactions, using their new HiSCRIBE system.

The researchers demonstrated, for example, that they could track a process known as bacterial conjugation, in which bacteria exchange pieces of DNA. The researchers can determine which cells have interacted with each other by sequencing their DNA to see which barcodes they carry by incorporating a DNA “barcode” into each cell’s genome, which can then be exchanged with other cells.

This type of mapping could aid researchers in studying how bacteria communicate with one another within aggregates like biofilms. Farzadfard believes that if a similar approach could be used in mammalian cells, it could one day be used to map interactions between other types of cells such as neurons. Viruses with the ability to cross neural synapses could be programmed to carry DNA barcodes that researchers could use to trace connections between neurons, providing a new way to aid in the mapping of the brain’s connectome.

“We’re using DNA as a mechanism to record spatial information about the interaction of bacterial cells, and possibly, in the future, tagged neurons,” Farzadfard says.

The researchers also demonstrated that this technique could be used to specifically edit the genome of one species of bacteria within a community of many species. In this case, they introduced the gene for an enzyme that degrades galactose into E. coli cells that were growing in culture with several other bacteria species.

The researchers also demonstrated that they could use this technique to create a synthetic ecosystem of bacteria and bacteriophages that can continuously rewrite certain segments of their genome and evolve autonomously at a rate faster than natural evolution would allow. They were able to optimize the cells’ ability to consume the lactose in this case.

“By allowing you to replay the tape of evolution over and over again, this approach could be used for evolutionary engineering of cellular traits or in experimental evolution studies,” Farzadfard says.

The National Institutes of Health, the Office of Naval Research, the National Science Foundation, the Defense Advanced Research Projects Agency, the MIT Center for Microbiome Informatics and Therapeutics, the NSF Expeditions in Computing Program Award, and the Schmidt Science Fellows Program supported the research.