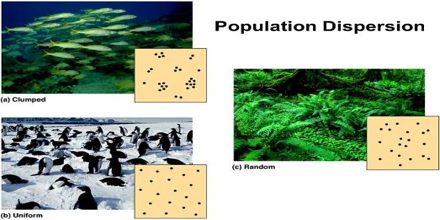 Principle objective of this lecture is to present on key features of populations. Population-all of the individuals of a species that live together in one place at one time. Demography-the statistical study of populations. It is used to predict how the size of a population will change. Here also present on Population size: is the number of individuals in a population and has an important effect on the ability of the population to survive. A small population is more likely to become extinct: in the case of random events or natural disaster and due to inbreeding where the population is more genetically alike. Recessive traits are more likely to appear.