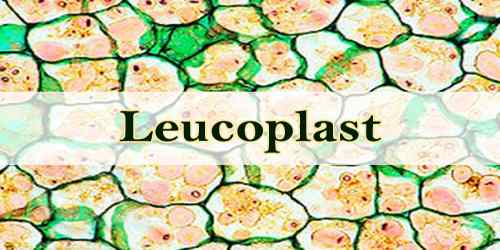 Plastids are storage organelles contained in plant cells, including chromoplasts (they carry colored pigments for organisms such as flowers) and chloroplasts (which carry the green pigment found in plant cells). Leucoplast (λευκός leukós “white”, πλαστός plastós “formed, molded”) is a type of plastid. Leucoplasts, which lack photosynthetic pigments, are not green and are found in non-photosynthetic plant tissues, such as roots, bulbs, and seeds. They may be specialized in storing starch, lipid, or protein in bulk and are then referred to as amyloplasts, elaioplasts, or proteinoplasts (also referred to as aleuroplasts). In addition, the synthesis of amino acids and fatty acids can be the task of leucoplasts.

In plants, plastids may form into these structures: (1) chloroplasts, (2) chromoplasts, (3) gerontoplasts, and (4) leucoplasts. Certain plastids can separate starting with one structure then onto the next. A case of it is the chloroplasts re-separating into chromoplasts during the aging of an organic product. Leucoplasts, however, do not have a significant storage function in many cell types and are present to provide a broad range of important biosynthetic functions, including the synthesis of fatty acids such as palmitic acid, many amino acids, and tetrapyrrole compounds such as heme. There are only three types of leucoplasts: amyloplasts, proteinoplasts, and elaioplasts. They, respectively, store starches, lipids, and proteins. 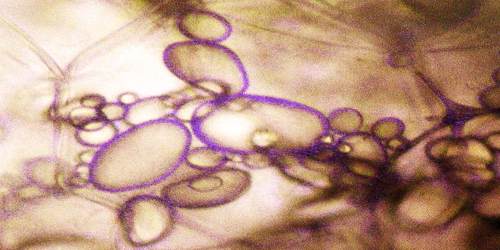 Leucoplasts are needs photosynthetic colors instead of chloroplasts containing chlorophyll (green shade) and to chromoplasts containing other photosynthetic shades. The amyloplast can store starches and convert those starches into sugar for vitality when the plant requires it. Furthermore, it can transform into a chloroplast. None is known of the proteinoplast and the elaioplast. The leucoplast has little or no contact with other parts of the cell, other than transporting the energy source into/out of the organelle, through the ribosome, as it merely serves as storage.

All in all, leucoplasts are a lot littler than chloroplasts and have variable morphology, regularly depicted as amoeboid. Leucoplasts are normally found in non-photosynthetic plant tissues, for example, roots, seeds, and so on. They are engaged with different biosynthetic capacities. In core, hypocotyl, and petal epidermal cells, and in tobacco callus and suspension culture cells, extensive networks of stromules interconnecting leucoplasts have been observed. For storage, one of their primary functions is. And leucoplasts can be defined as (1) amyloplasts (store starch), (2) elaioplasts (store fat), or (3) proteinoplasts (store proteins), depending on what is stored.

Leucoplasts change in size contingent upon the plant, yet on normal they take up generally 60% of a plant cell, estimating somewhere in the range of 35-85 micrometers long. Independently, a leucoplast is littler than a chloroplast. A unique kind of leucoplast called tannosome, this leucoplast is basic in blending and creating tannins and polyphenols. Leucoplasts are clustered around the nucleus in certain cell types at some stages of growth, with stromules extending to the cell periphery, as found for proplastides in the root meristem. 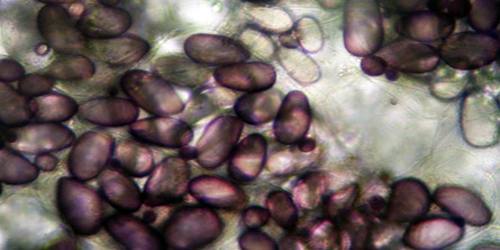 Aside from capacity, certain leucoplasts are associated with the amalgamation of unsaturated fats, some amino acids, and tetrapyrrole mixes. Etioplasts, which are pre-granal, juvenile chloroplasts yet can likewise be chloroplasts that have been denied of light, need dynamic shade, and can be considered leucoplasts. Stratoliths are extraordinary amyloplasts that include the detecting of gravity in plants. These amyloplasts, found in the foundation of a plant, are denser than the cytoplasm and accordingly are influenced by gravity as they are pulled descending.

Etioplasts begin to turn into working chloroplasts after several minutes of exposure to light and cease to be leucoplasts. This downward pressure, or sedimentation, on specialized carriers, triggers tiny amounts of tension and then a hormone makes the roots expand the way they do. This is why the roots of plants expand (mostly) downward, and not sideways or upwards.