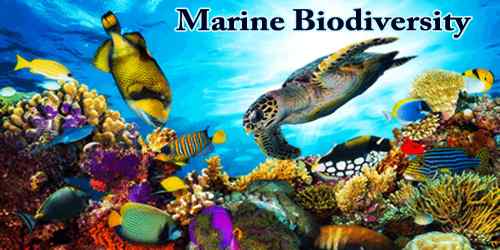 Marine biodiversity includes coastal and marine plant and animal species, their genetic variety, the habitats and ecosystems they form part of, and the ecological processes that support all of these. It is important to protect because today, just as always, humans are dependent on the Earth’s resources for their livelihood, health and well being In Belize, efforts have been made to conserve the incredible biodiversity that exists in the country.

In addition to seasonal closures and catch limits on some fishery products, many national parks, and marine reserves have been established in an effort to protect these natural areas. Having diverse ecosystems makes organisms and systems more resilient to changes. Ecosystems that are more resistant are able to then continue to provide the following benefits:

The term “biodiversity”, first used almost three decades ago as a derivative of “biological diversity” (Wilson, 1985, 1988) today is one of the most often cited terms in both ecological research and environmental management and conservation. It is recognized to encompass “the variability among living organisms from all sources including, inter alia, terrestrial, marine, and other aquatic ecosystems and the ecological complexes of which they are part; this includes diversity within species, between species and of ecosystems.” The elements of biodiversity are fundamental properties of an ecosystem, and, in the marine realm, these encompass all life forms, including the environments they inhabit, and at scales from genes and species to ecosystems.

The Earth is home to an estimated 10 million species. The largest of these are divided by biologists into 3 main kingdoms: fungi, plants, and animals. The animal kingdom is divided into a further 33 distinct groups (or phyla). Humans belong to the phylum called chordates, which includes all mammals, fishes, reptiles, and birds. Other common phyla of the animal kingdom include arthropods (insects and crustacea: crabs, shrimps, and lobsters) and molluscs (snails, squid, octopus, cockles, and mussels).

There are 11 phyla existing in terrestrial environments and 28 phyla living in the sea, of which 15 are exclusively marine. Examples of exclusively marine phyla include the echinoderms (starfish and their relatives), ctenophores (comb jellies), hemichordates (acorn worms), and the echiurans (trumpet worms).

Importance of Biodiversity – Every ecosystem performs certain functions that are critically important for organisms. One of the most important functions of marine ecosystems is the production of plant biomass from sunlight and nutrients (primary productivity), which represents the basic food source for all life in the ocean, and ultimately also for humans. Around half of the worldwide primary productivity is achieved by microscopically small plants, the phytoplankton, which grow and divide in the ocean. Another function performed by ecosystems is the creation of habitats, or structures, in coastal ecosystems. For example, macroalgae, seagrass, and corals form large undersea forests, meadows or reefs that provide habitats for many other species such as molluscs, crustaceans, and fish. Kelp forests and seagrass meadows in the Baltic Sea are vital habitats for the fry and juvenile fish that grow up here before swimming into the open ocean as adults. Gastropods and small crustaceans likewise feed on microalgae growing on the kelp or seagrass. They thereby ensure that the structure-forming plants are not smothered, and are allowed to grow that is their contribution to the ecosystem. The molluscs and crustaceans that feed on microalgae are the basic food source for larger predatory crustaceans and fish.

Different species have different physical and biological requirements. It is precisely these that explain the positive effects of biological diversity. There are some algal species that grow optimally in strong light while others prefer lower light conditions. This means that some species of algae grow toward the light and form a crown like that of a tree, while other forms grow better in the shadow beneath them. This has two ramifications: first, the two forms can live together without one depriving the other of its needs, and second, they make optimal use of the available light. Together they produce more food for other species than would one form alone. This complimentary use of available resources, the so-called “complementarity effect”, is an important positive characteristic of biological diversity.

Other types of biodiversity –

In a world experiencing climate change, the diversity of less abundant species or genotypes will presumably become increasingly important. These represent a kind of potential “biological insurance” for the sustainability of ecosystem functions. They may possess as yet unknown traits or genetic information that would make them capable of adapting to the new environmental conditions, and therefore be more productive and resilient than the original predominant species or genotypes.