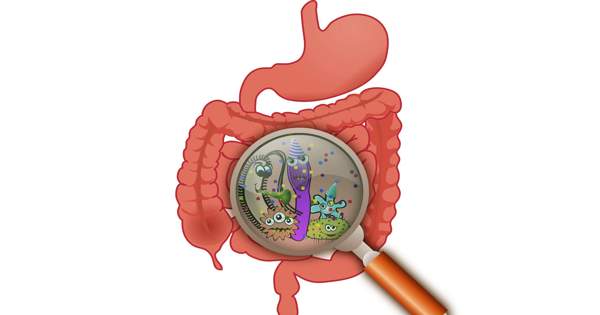 Microbiome Bacteria Adapt to People via Transfer, According to Researchers

Beneficial bacteria in the gut microbiome use various methods to spread from person to person, which affects their abundance in the gut and the functions they provide, according to new research. Scientists at the Wellcome Sanger Institute used genetic sequencing to shed new light on the evolution, colonization, and transmission of gut bacteria, which play an important role in human health.

The research, published in Genome Biology, sheds new light on the evolution of bacteria in the human microbiome. It could also aid in the development of microbiome-based therapeutics in which key bacteria are chosen to treat various intestinal-associated illnesses.

Humans are inhabited by an extremely large number of microorganisms known as a microbiome, which includes bacteria, viruses, archaea, and fungi. Beneficial bacteria in the body roughly correspond to human cells one to one, and this collection of bacteria has been found to play an important role in human health in the gut. The composition of the gut microbiome influences the immune system prevents infections and aids the body by breaking down carbohydrates that human cells cannot do on their own.

New research has shed light on how the transmission of gut bacteria influences its evolution and functions.

Bacterial species in the gut must be able to transmit from one person to another in order to survive. Gut bacteria are primarily anaerobic, which means they cannot survive in the presence of oxygen. To spread, some produce spores, which are sometimes compared to seeds and can lie dormant until the right conditions for growth are met.

The Wellcome Sanger Institute investigated the Firmicutes, a group of bacteria that are dominant in the human microbiome and produce spores. The researchers examined the genomes of 1,358 Firmicutes and tracked the evolution of certain traits, such as spore production. They discovered that spore-forming gut bacteria were found in lower abundance and had larger genomes than those that had lost the ability to produce spores (sporulate). They also had more genes associated with carbohydrate metabolism and vitamin biosynthesis in their genomes, indicating that they have important metabolic functions.

Firmicutes bacteria that couldn’t form spores had smaller genomes but were more abundant in the gut and had a more specialized metabolism, according to genome analysis. They were also less common in the general population, implying that they were found in a smaller number of people, implying that sporulation loss limits their ability to spread widely.

Smaller genomes and more specialized metabolism suggest that bacteria that have lost the ability to sporulate are becoming more adapted to their human host, potentially allowing them to colonize at higher levels in the gut. Bacteria that still produce spores, on the other hand, appear less adapted to humans based on their larger genomes, which could explain why they are not as abundant in the gut.

These differences indicate that transmission is an important process that shapes the evolution of gut bacteria, and more research is needed to learn more about the relationship between the transmission of gut bacteria and the roles they play in human health. Understanding these processes could aid in the development of therapeutics, such as determining whether specific bacteria could be given to people based on their ability to colonize and how the different metabolism of these bacteria could impact health conditions and treatments.

Dr. Hilary Browne, the study’s first author, and a Staff Scientist at the Wellcome Sanger Institute, stated: “Even though transmission of gut bacteria between humans is critical for survival, the genetic and biological characteristics of the bacteria that allow them to do so remain unknown. This study begins to solve some of the mystery by analyzing the genomes and discovering that the ability of bacteria to produce spores has been lost multiple times, affecting their evolution and function. It is critical to continue studying the genetic details of the microbiome in order to better understand the roles of specific bacteria and how their absence may impact human health.”

Dr. Trevor Lawley, Senior Group Leader at the Wellcome Sanger Institute and senior author, stated: “The microbiome is critical to human health and development because it influences a wide range of physiological functions in the body. Understanding more about the bacteria that live in our bodies and how they have adapted to living in humans through their metabolism will be critical in the development of new therapeutics and diagnostics for microbiome-mediated diseases.”