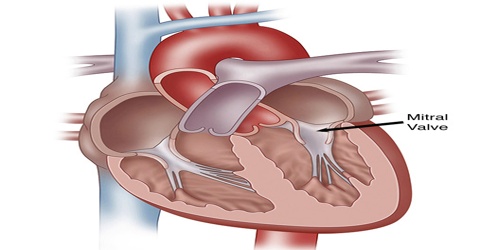 Structure and Functions of Mitral Valve

The human heart has 4 valves. The mitral valve connects the left atrium (LA) and the left ventricle (LV). The mitral valve opens during diastole to allow the blood flow from the LA to the LV. During ventricular systole, the mitral valve closes and prevents backflow to the LA. Mitral valve is typically 4–6 cm² in area. It has two cusps, or leaflets that guard the opening. The normal function of the mitral valve depends on its 6 components, which are:

Any congenital or acquired disorder of individual components can disturb the finely coordinated mechanisms of the mitral valve and result in an incompetent valve.