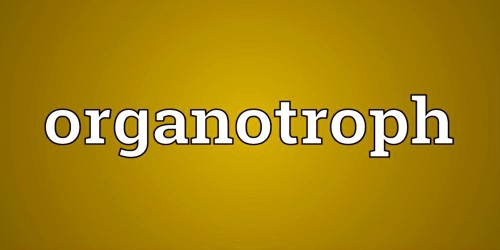 An organism that uses organic molecules (e.g. sugars, amino acids) as energy sources. This organism obtains hydrogen or electrons from organic substrates. Some organotrophs such as animals and many bacteria are also heterotrophs. Organotrophs can be either anaerobic or aerobic. Sulfate reduction requires the use of electron donors, such as the carbon compounds lactate and pyruvate (organotrophic reducers), or hydrogen gas (lithotrophic reducers).

The term was suggested in 1946 by Lwoff and collaborators.