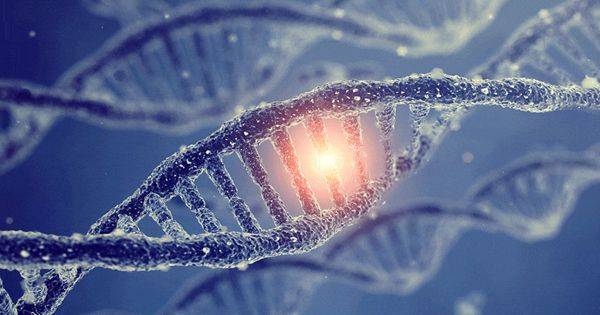 Human bodies contain approximately 30,000 genes that govern not only our appearance but also critical biological processes. Now, a team of researchers from Florida State University and Australia National University has discovered a critical aspect of gene regulation and, ultimately, how that process is linked to cancer.

Jonathan Dennis, an associate professor of biological science at Florida State University, and David Tremethick, a professor at Australia National University, have published a new paper in Nature Communications that reveals key information about a gene’s controlling region—where proteins attach to turn genes on or off. The researchers discovered that the way this region is packaged determines whether genes are expressed or restricted.

All of the characteristics of how and where these proteins attach are referred to as packaging. Dennis emphasized the importance of this process in human biology.

Researchers reveal key information about a gene’s controlling region—where proteins attach to turn genes on or off. The researchers found that the way this region is packaged dictates how genes are either expressed or restricted.

“When the wrong thing binds, you get inappropriate physiology, in some cases, cancer,” he said.

The new findings call into question current models of gene expression by revealing that a promoter can be packaged in a variety of ways to allow or restrict gene expression.

Gene expression is influenced by both extrinsic and intrinsic cell factors. Environmental cues such as small molecules, secreted proteins, temperature, and oxygen are examples of cell-extrinsic factors that regulate expression. These cues can come from other cells within the organism or from the organism’s environment. Cells communicate within the organism by sending and receiving secreted proteins known as growth factors, morphogens, cytokines, or signaling molecules. Receipt of these signaling molecules initiates intercellular signaling cascades, which result in semipermanent changes in gene transcription or expression.

Gene regulation can happen at any point during gene expression, but it most commonly happens during transcription (when the information in a gene’s DNA is transferred to mRNA). Signals from the environment or from other cells activate transcription factors, which are proteins. These proteins bind to regulatory regions of genes, increasing or decreasing transcription levels. This process can control when and how much protein product a gene produces by controlling the level of transcription.

“H2A.Z is a type of protein known as a histone variant,” said Lauren Cole, a former FSU doctoral student and the paper’s first author. “Because histone variants are important in gene regulation, this work contributes to a better understanding of the human genome.”

According to Tremethick, the discovery emphasizes how much work remains to be done to understand the human genome and how this discovery can help advance the field.

“Despite the fact that the human genome has been sequenced for nearly 20 years, how this genomic information is selectively utilized to direct patterns of gene expression underpinning cell fate decisions remains poorly understood,” Tremethick said. “While much work remains to be done, our study will help move the field forward in order to gain a better understanding of how our genes are expressed at the right time and place, which has critical implications for human health.”