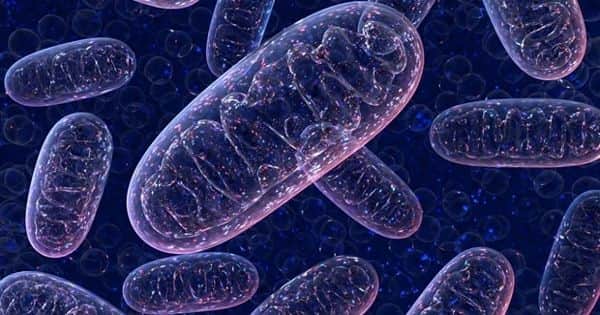 By analyzing DNA samples from three distinct families, a team of Japanese and European scientists discovers a new genetic mitochondrial disorder. The list of known genetic mitochondrial disorders is constantly expanding, and ongoing research is identifying new disorders in this category. A Japanese-European team of scientists, including Fujita Health University researchers, describe mutations in the LIG3 gene, which plays a critical role in mitochondrial DNA replication, in a recent Brain article. These mutations result in a previously unknown syndrome with gut dysmotility, leukoencephalopathy, and neuromuscular abnormalities.

DNA ligase proteins, which aid in the formation of bonds between different strands of DNA, are essential for DNA replication and maintenance. Only one of the three DNA ligase proteins encoded by the human genome, DNA ligase III (LIG3), is expressed in mitochondria. LIG3 is thus critical for mitochondrial health, and inactivation of the homologous protein causes severe mitochondrial dysfunction and early embryonic death in mice.

A team of European and Japanese scientists, led by Dr. Mariko Taniguchi-Ikeda of Fujita Health University Hospital, describe a group of seven patients with a novel mitochondrial disorder caused by biallelic variants in the gene that encodes the LIG3 protein, known as the “LIG3” gene, in a recent article published in the peer-reviewed journal Brain. Their findings include a description of the patients’ symptoms as well as a mechanistic examination of the mutations’ effects.

The investigation began with Dr. Taniguchi-desire Ikeda’s to assist a young patient. “I wanted to make a distinct clinical and genetic diagnosis for the affected patient because his elder brother had died and the surviving boy was referred to my outpatient ward for detailed genetic tests,” she explains. Dr. Taniguchi-Ikeda discovered a p.P609L LIG3 variant from his father and a p.R811Ter LIG3 variant from his mother by performing whole-exome sequencing on the surviving patient’s DNA. The parents had kept the deceased brother’s dried umbilical cord, and by analyzing DNA extracted from that source, Dr. Taniguchi-Ikeda confirmed that the brother had carried the same LIG3 variants.

Dr. Taniguchi-Ikeda wanted to conduct additional research after discovering a novel genetic mitochondrial disorder by identifying other patients with pathogenic LIG3 variants. She discovered no other cases in Japan, but thanks to a collaboration with Dr. Makiko Tsutsumi of Fujita Health University and researchers in Europe, including Professor Elena Bonora of the University of Bologna and Professor Roberto De Giorgio of the University of Ferrara, she learned of two European families who were also affected by such variants. One was an Italian family in which three brothers had all inherited a p.K537N variant from their father and a p.G964R variant from their mother, and the other was a Dutch family in which two daughters had inherited a p.R267Ter variant from their father and a p.C999Y variant from their mother.

As the most consistently observed clinical signs in these patients, severe gut dysmotility and neurologic abnormalities were part of a complex syndrome. Leukoencephalopathy, epilepsy, migraine, stroke-like episodes, and neurogenic bladder were among the neurologic abnormalities. The most noticeable changes in the gut were lower myenteric neuron counts and increased fibrosis and elastin levels. Muscle pathology examinations revealed decreased cytochrome C oxidase staining intensities.

The researchers conducted in vitro and zebrafish experiments to better understand how the patients’ LIG3 mutations could result in such phenotypes. In vitro experiments with patient-derived fibroblasts revealed that the mutations reduced LIG3 protein levels and ligase activity. The resulting deficiencies in mitochondrial DNA maintenance would help to explain the patients’ symptoms. Experiments with zebrafish revealed that disrupting the lig3 gene caused brain changes and gut transit impairments similar to those seen in patients.

The mitochondrial genome is made up of 37 genes that code for 13 proteins, 22 tRNAs, and 2 rRNAs. The 13 mitochondrial gene-encoded proteins all instruct cells to produce protein subunits of the oxidative phosphorylation system’s enzyme complexes, allowing mitochondria to function as our cells’ powerhouses.

The research reveals a new disorder caused by the disruption of a gene involved in the maintenance of mitochondrial DNA. Dr. Taniguchi-Ikeda summarizes the significance of these findings, saying, “Our study may facilitate efforts to diagnose patients with mitochondrial diseases. Our findings will also be beneficial to future investigations into the mitochondrial DNA repair system.”