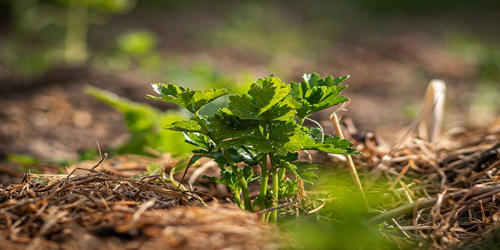 Soil is a vast reservoir for a wide diversity of organisms. Soil ecology is the study of how soil organisms interact with other organisms and their environment – their influence on and response to numerous soil processes and properties form the basis for delivering essential ecosystem services. It is the study of the interactions among soil biology, and between biotic and abiotic aspects of the soil environment. It is particularly concerned with the cycling of nutrients, formation, and stabilization of the pore structure, the spread and vitality of pathogens, and the biodiversity of this rich biological community. Some of the key processes we study in the soil are nutrient cycling, soil aggregate formation, and biodiversity interactions.

Soil ecology is concerned with the interactions between organisms in the soil and between soil organisms and their physical and chemical environments. Soil is made up of a multitude of physical, chemical, and biological entities, with many interactions occurring among them. Soils are rich ecosystems, composed of both living and non-living matter with a multitude of interactions between them. Soil is a variable mixture of broken and weathered minerals and decaying organic matter. Together with the proper amounts of air and water, it supplies, in part, sustenance for plants as well as mechanical support. Soils play an important role in all of our natural ecological cycles—carbon, nitrogen, oxygen, water, and nutrient.

Soil is a natural protector of seeds and plants. Within a soil, ecosystem seeds can disperse and germinate. The diversity and abundance of soil life exceed that of any other ecosystem. The soil provides a physical support system for plants, while both retaining and delivering nutrients to them. Plant establishment, competitiveness, and growth are governed largely by the ecology below-ground, so understanding this system is an essential component of plant sciences and terrestrial ecology. Soils also play a central role in the management, processing, and detoxification of a variety of wastes, both natural and man-made.

Features of the ecosystem