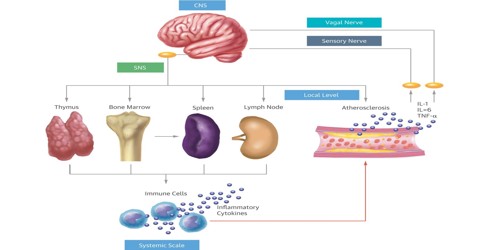 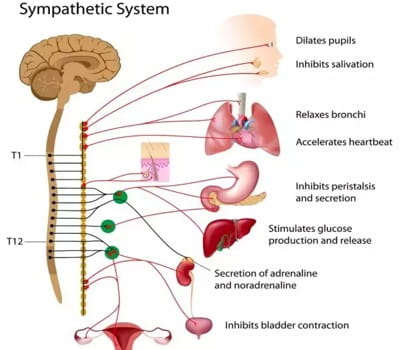 The sympathetic nervous system can increase heart rate; make bronchial passages wider; decrease motility (movement) of the large intestine; make blood vessels narrower; increase peristalsis in the esophagus; cause pupil dilation, piloerection (goosebumps) and perspiration (sweating); and raise blood pressure. The actions of the sympathetic nervous system occur in concert with other neural or hormonal responses to stress, including increases in corticotropin and cortisol secretion. This is important because a slow or ineffective response can lead to the death of an organism. Their role in the short-term regulation of blood pressure, especially in responses to transient changes in arterial pressure, via baroreflex mechanisms is well known.