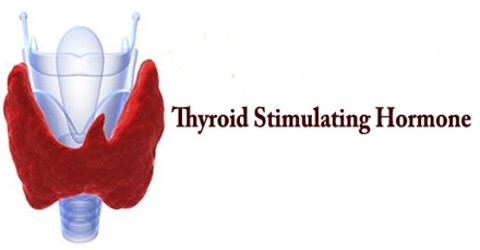 Thyroid Stimulating Hormone (TSH) is a hormone that controls thyroid function. It is actually produced by the brain’s pituitary gland, but stimulates production of the hormones triiodothyronine (T3) and thyroxine (T4) in the thyroid gland. It is a glycoprotein hormone synthesized and secreted by thyrotrope cells in the anterior pituitary gland, which regulates the endocrine function of the thyroid. In 1916, Bennett M. Allen and Philip E. Smith found that the pituitary contained a thyrotropic substance. Triiodothyronine (T3) and Thyroxine (T4) are needed for normal growth of the brain, especially during the first 3 years of life. A baby whose thyroid gland does not make enough thyroid hormone (congenital hypothyroidism) may, in severe cases, be mentally retarded. Older children also need thyroid hormones to grow and develop normally.

A test for Thyroid Stimulating Hormone (TSH) is done to:

The blood sample is taken from a vein in our arm. An elastic band is wrapped around our upper arm. It may feel tight. We may feel nothing at all from the needle, or we may feel a quick sting or pinch. Risks and Result of Tests

There is very little chance of a problem from having a blood sample taken from a vein.

In rare cases, the vein may become swollen after the blood sample is taken. This problem is called phlebitis. A warm compress can be used several times a day to treat this.

For hypothyroid patients on thyroxine, measurement of TSH alone is generally considered sufficient. An increase in TSH above the normal range indicates under-replacement or poor compliance with therapy. A significant reduction in TSH suggests over-treatment. In both cases, a change in dose may be required. A low or low-normal TSH value may also signal pituitary disease. TSH measurements could not be applied any more; however, treatment would have to be continued.

For hyperthyroid patients, both TSH and T4 are usually monitored. It must also be noted that in pregnancy, TSH measurements do not seem to be a good marker for the well-known association of maternal thyroid hormone availability with offspring neurocognitive development.