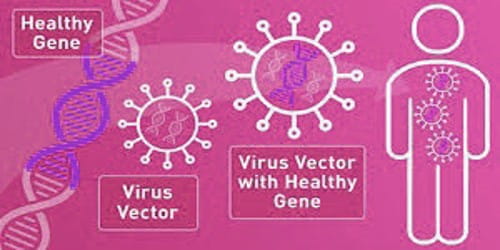 What is Gene Therapy?

Gene therapy means putting in a working gene to a person who has a damaged gene. It is an experimental technique that uses genes to treat or prevent disease. The European Commission has approved this method for one particular treatment. The treatment by the product Glybera uses a virus to infect muscle cells with a working copy of the gene. Gene therapy is currently being tested only for diseases that have no other cures. It involves altering the genes inside your body’s cells in an effort to treat or stop the disease.

Gene therapy may be a promising treatment option for some genetic diseases, including muscular dystrophy and cystic fibrosis. One in a million people have damaged copies of the lipase gene needed to break down fats. Fat builds up in their blood; this leads to pain and inflammation of the pancreas (pancreatitis). It is life-threatening. 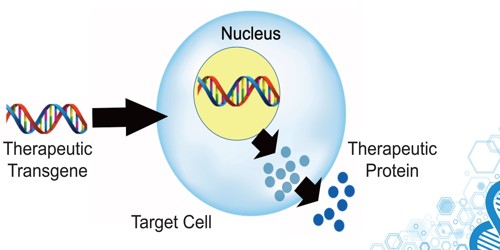 There are two different types of gene therapy depending on which types of cells are treated:

When used in this way, a virus is a vector. That means it is a carrier; the gene has been inserted into the viral genome, and the virus sticks it into the human cells. The technique is called transfection. Gene therapy holds promise for treating a wide range of diseases, such as cancer, cystic fibrosis, heart disease, diabetes, and AIDS.

The possibility of gene therapy was talked about as soon as the roles of DNA and RNA were known about. The first specific publication was in 1972.

In the future, this technique may allow doctors to treat a disorder by inserting a gene into a patient’s cells instead of using drugs or surgery. Many more types of gene therapy are in the trial stage. Although the technology is still in its infancy, it has been used with some success. It is clear that a cycle of events will be part of future clinical medicine: DNA sequence analysis > identify defective genes > fix genes with gene therapy or gene knockout. There are sometimes problems of side-effects; these may be discovered at the trial stage. It can be used to modify cells inside or outside the body. Researchers are testing several approaches to gene therapy.